After many months of deal finalization talks, Anixter and Wesco have officially merged. The deal is poised to help consolidate the fragmented security, wire and cable markets.
CE Pro Editors 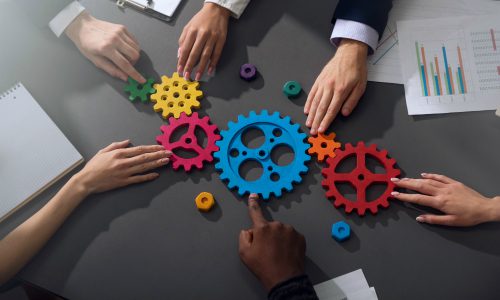 The merged company is expected to be accretive to Wesco’s earnings in the first full year of ownership and, with the realization of synergies, substantially accretive thereafter.
Article:
Audio/Video | Cabling | News | Security
June 24, 2020

Wesco Int’l (NYSE: WCC) completed its acquisition of Anixter Int’l on Monday, to form the largest distributor of electrical products in North America, according to an announcement.

“Today marks a significant milestone for Wesco and Anixter,” Wesco President and CEO John Engel states. “In combining two industry leaders with successful track records, we are creating the premier electrical, communications and utility distribution and supply chain solutions company in the world.”

The merger agreement has been in the works since last year and getting to this point required Wesco to fight off a private equity firm that wanted to buy Anixter and, it was then revealed, had also pursued Wesco.

Wesco raised its bid for Anixter multiple times until it was declared the winner. The final deal is valued at $4.5 billion. The combined company is expected to have 18,600 employees and would have had $17 billion in revenue last year.

The merged company is expected to be accretive to Wesco’s earnings in the first full year of ownership and, with the realization of synergies, substantially accretive thereafter. Wesco also expects the transaction to generate significant margin expansion and earnings per share (EPS) growth. The combined company offers strong free cash flow generation, supporting continued investments in the business and enabling a return of capital to stockholders in the future, the announcement states.

Wesco states it will utilize the strength of the combined company’s cash flows and synergies to reduce its leverage quickly and expects to be within its long-term target leverage range of 2x to 3.5x within 36 months.