Meanwhile, the company expects to spend up to $150 million in 2020 to convert its customer base off of the 3G cellular network. That is up from $25 million it spent in FY 2019 on the upgrades.

The company continues to diversify beyond its professional installation of residential smart home systems alone. With the recent acquisition of Defenders, its commercial portfolio is growing to now represent 20% of total revenues. Meanwhile, its new Blue by ADT DIY offering launched last quarter to broaden its residential reach.

“We continue to see our residential customer base move to interactive services, with a record forty-seven percent of customers using them at the end of 2019. Full year sales for Red Hawk, combined with double digit organic growth and tuck-in acquisitions helped expand ADT’s commercial revenue by $450 million during the year and now represents over 20% of total revenue. 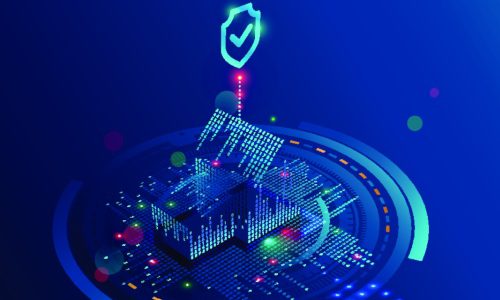 “In addition, customer revenue payback, one of our most important performance indicators, further improved. Entering 2020, we have built a strong foundation to efficiently accelerate the growth of residential with the national rollout of consumer financing, the acquisition of Defenders, new partnerships, and the continued development of our DIY platform, Blue by ADT,” says DeVries.

For Q4, 81% of ADT’s total revenue came from recurring monthly revenue (RMR), or $1.058 billion of the total $1.298 billion. That percentage was up by 2% from the previous quarter. Breakeven payback time on its subsidized residential installation is now 2 years, 4 months, improved slightly from Q4 last year. Attrition is 13.4%.

Speaking of the looming 3G Sunset, Don Young, chief investment officer and executive vice president, field operations, says the company experimented in its approach on how to most efficiently begin to upgrade its accounts. In all, he expects the company will spend between $100 million and $150 million this year to swap out those communicators.

“We’ve kind of gotten through most of our experimentation in 2019. The lessons that we’ve learned is there’s opportunities both on revenue offsets as well as some technology. But we’re going to approach 2020 a little bit on the high end of our $100 million to $150 million range, but that’s on purpose to go in and be intentionally pragmatic and conservative,” he says.

He said the company plans to be more proactive in its radio swaps versus reactive in 2020.

“But we’re feeling very comfortable that by the 2022 sunset/AT&T sunset we’re on track,” he notes.