Integrators are used to deploying surveillance cameras to secure a home perimeter, but what bringing an extra layer of security to your client’s driveway? Indeed, while video surveillance systems with motion alert analytics are an acceptable solution, they can be susceptible to false activations, especially in outdoor environments.

For years, Cartell has made its niche DriveGuard driveway vehicle detection system, which brings an added layer of detection to an outdoor security system. The system uses sophisticated magnetometer technology. Unlike simple motion detection that can be susceptible to false activations (especially outdoors due to animals or debris in the wind), magnetometers actually detect disturbances in the Earth’s magnetic poles.

When ferris material crosses the invisible lines of magnetism running across the Earth’s surface, it “pulls” those lines toward each other and then “pushes” them against each other. The larger the disturbance, the greater the pull or push. Magnetometer disturbances are much faster than typical motion-sensing technology, according to Jonathan Bohannon, president of Cartell. 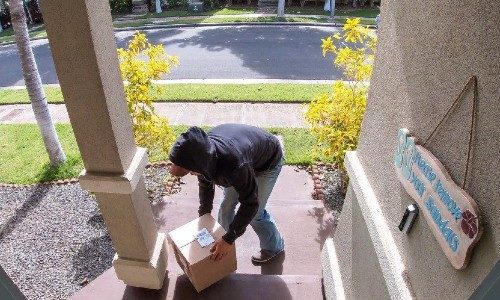 Related: How Integrators Can Help Thwart Porch Pirates Before They Plunder

“We are not a motion detector or a presence detector… we are a ‘moving steel detector,’” he says. “As soon as the Earth’s magnetic field is disturbed, our energy inactive and our passive coil immediately picks that up,” he explains.

Cartell’s legacy hardwired system comes in multiple versions including the DriveGuard Integrator model targeted at custom installers. The problem is that it can be somewhat labor intensive to install because it requires integrators to dig a hole to bury the sensor (about the size of breadbox), and trench for the communications cable to an accompanying antenna. In a large estate with a long driveway, that trenching can be difficult.  But a new Cartell solution aims to minimize the installation process.

In July the company launched its new $400 CW-SYS Wireless system for driveway vehicle detection. It uses the same magnetometer technology as the original unit, but it is now a completely self-contained with no external antenna or transmitter that need to be mounted on a post or in a weatherproof box, and no need to trench a wire. The sensor can be installed in the grass alongside the driveway, buried in the driveway itself in a new construction application, or even mounted on a post beside the driveway.

Moreover, the sensor itself is about the size of hockey puck, just 4.5 inches in diameter and 3 inches deep. The hockey puck contains the coil, transmitter, antenna and all the circuitry, according to Jonathan Bohannan, CEO. It is powered by an internal battery that has an estimated lifespan of 1 to 3 years.

The sensor communicates via the 915MH LoRa protocol to a device simply dubbed an “Integrator” by the company. The sensor communicates up to 2,500 feet away unobstructed and between 350 and 400 feed in a typical situation with shrubbery and trees  Up to 10 sensors can be connected to a single Integrator, which has an open API and can connect to a security or smart home automation system. There currently is no standalone app for the CW-SYS Wireless but Bohannon says that is in the works.

“It’s just a dry relay outplay the dealer hooks up to the zone inputs and then can be programmed to do whatever happens when a car drives in. We also have another output relay contact for low battery signal,” says Bohannon.

The system can also be standalone because the Integrator device itself emits five beeps when a vehicle is detected. The beeps and the volume of the beeps cannot be controlled, according to Bohannon. A new product due out in the spring will have a variety of controllable tones and can be programmed. Each sensor can be programmed to emit a different tone, which can come in handy for large estates with multiple driveways.