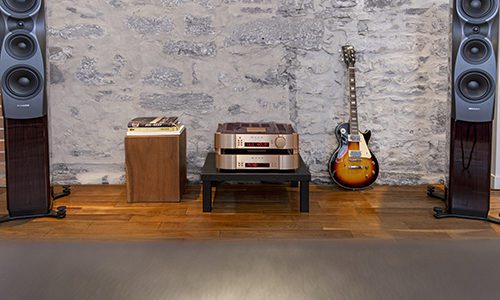 The new Moon by Simaudio 40th anniversary system carries a retail price of $30,000.

Marking its fourth decade of business, Moon by Simaudio has announced its 40th Anniversary Audio System.

To assemble this special-edition package, the Canadian high-performance audio manufacturer has bundled its Moon 680D Streaming DAC (digital-to-analog converter), along with its Moon 600i Integrated Amplifier, and Moon Bridges.

What makes the new package stand out is the products’ finish. Simaudio points out the anniversary products feature its Millesime Red color way finish.

Additionally, as part of the special package, Simaudio also notes each component incorporates an embossed logo with individual serial numbers.

According to the company, its 40th Anniversary Audio System is designed passionate music lovers.

More news from Simaudio: Hands On: Simaudio Moon 860A v2 Amp Lives up to Expectations