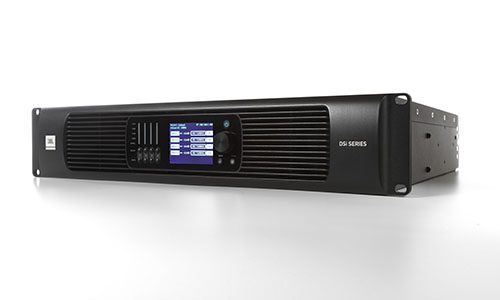 The newly announced JBL DSi Series of amplifiers include options such as DSPs.

The company also points out the amps are also available in analog and analog-plus-digital versions that include Dante/AES67 and SNMP connectivity.

The amps can safely drive up to four JBL surround speakers with a single channel in their high-power-density 2-ohm mode, and the amps’ computing power is driven by 96kHz/32-bit floating-bit DSPs. The DSPs power options such as parametric EQ, FIR processing and LevelMAX limiting.

In addition, the amps also include built-in presets for JBL Pro cinema speaker tunings. JBL Pro notes that professional integrators can use the amps to power immersive audio configurations that include Dolby Atmos.