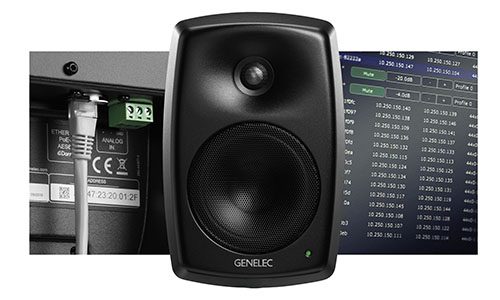 The Genelec 4430 two-way active loudspeaker incorporates the company's smart IP technologies, and it produces peak SPLs up to 104dB.

Genelec says the 4430 is its first product to incorporate its Smart IP technology. Through this technology the company says integrators can streamline audio system installations through the use of a single category cable.

The 4430 accepts Dante and AES67 IP network signals, and it is powered via the Power over Ethernet (PoE) and PoE+ formats.

Genelec also points out the 4430 Two-Way Active Installation Loudspeaker supports as many as eight audio channels within a single stream; sample rates up to 24-bit/96kHz, and it delivers a frequency response of 45Hz to 23kHz.