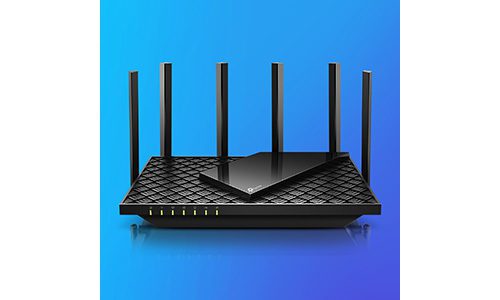 TP-Link says that its new router (Archer AX73) incorporates the latest generation wireless technologies—Wi-Fi 6—along with HE160 and 1024-QAM to offer up to 25% faster data speeds, and six streams of simultaneous wireless transmissions for efficient network bandwidth usage.

The Brea, Calif.-based electronics company notes the Archer AX5400 through its Wi-Fi 6 capabilities can deliver network speeds up to 5.4Gbps of high-speed dual-band connections.

Other features built into the dual-band wireless router include the latest OFDMA and MU-MIMO technologies to reduce network congestion, and it frees up network capacity to allow up to four times more devices to reside on the network. TP-Link also states the Archer AX5400 supports 8K video streaming and high-speed downloads at the same time.

Moreover, the router includes OneMesh to allow the unit to work with any OneMesh range extender to expand network coverage capabilities.