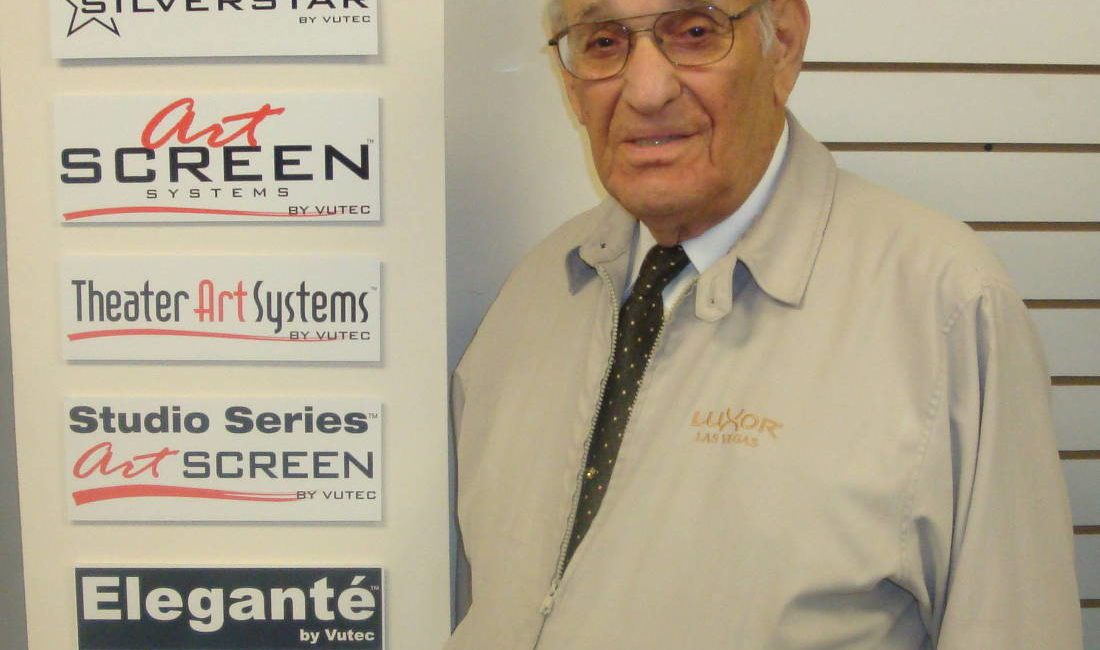 Vutec Corporation founder and CEO Howard Sinkoff, a fixture in the custom electronics industry since 1977, has died at age 88. Sinkoff actually passed away back in December 2017, but Vutec did not announce his passing until this week. He died following a brief three-week illness.

Sinkoff started Vutec in 1977 and had been a forefather of progress in the projection screen industry, starting from his work perfecting the first video screen that could produce a picture with the technology at the time… a hand-crafted parabolic curve screen available in a 4:3 video or 1:1 A/V format up to120 inches diagonal.  These ultra-high-gain curved screens were well suited to rooms with the lights on.  In essence the first ambient light rejecting (ALR) screen.

Since then, Sinkoff continued to be the innovator and driving force of many of Vutec's products that have received awards from around the world and provided viewing pleasure to customers globally.

Daniel Sinkoff, the son of Howard Sinkoff, has taken on the role of president of Vutec Corporation. The company is the No. 6 projection screen brand in the industry with an 11 percent marketshare according to the most recent CE Pro 100 Brand Analysis Study.

Howard was not only an industry leader, but had a quick wit and a great sense of humor. He always had a joke for you at a trade show, and he was prolific at sending humorous political and sometimes off-color humor to his friends in the industry. He will be missed.