As a newly public company, Vivint Smart Home (NYSE: VVNT) is revealing for the first time some key data about the company that gives us a glimpse behind the curtain into this well-oiled mass-market machine.

According to data presented to investors in its recent quarterly filing, the Provo, Utah-based company had full year 2019 and Fiscal Year Q4 numbers ended Dec. 31, 2019 show a smart home giant that is still in a substantial growth pattern despite is mammoth size. The data also reveal a company that is seasonally driven and continues to hone its efficiencies to increase its margins.

Here are the raw numbers for the No. 1 company in last year’s CE Pro 100… some of which are staggering.

According to COO Scott Hardy, the company has been able to hone down its monitoring costs by controlling every segment of the communication and product cycle versus using multiple devices from different manufacturers. That has been especially true in the area of video surveillance cameras. As the demand for more cameras around the home rises, it adds complexity to the control and monitoring costs. Hardy says Vivint has been able to reverse that cost escalation and he anticipates competitors will soon face the same problem. 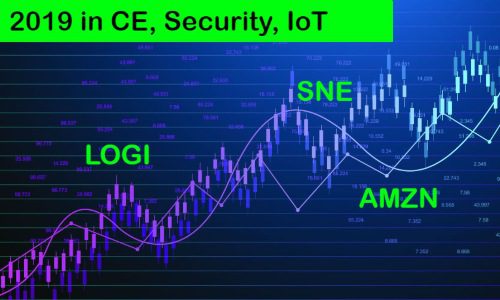 “We believe our competitors in the smart home space all will face the same challenges, but we believe our unique ability to solve them is evidence of the power of our vertically integrated model. By controlling all parts of the smart home delivery model, we believe we’re able to identify and understand the root cause for issues and then quickly make changes to the hardware, the firmware, the cloud platform, the installation processes, and the diagnostic tools used in both self-healing and assisted support,” he says.

Pedersen says, “We were excited to complete our merger with Mosaic Acquisition Corp. in mid-January, initiating our next chapter as a leading public smart home company. We are grateful to both pre-existing and new investors in Vivint who share our vision for the smart home. In the meantime, we are pleased to report strong fourth quarter and full year results, highlighted by double-digit revenue growth and a sharp increase in profitability.

“We are excited about our future, particularly given that our successful merger with Mosaic is a major step forward in raising Vivint’s profile in the marketplace as a leading smart home provider and promoting an even stronger platform for future profitable growth,” says Hardy.