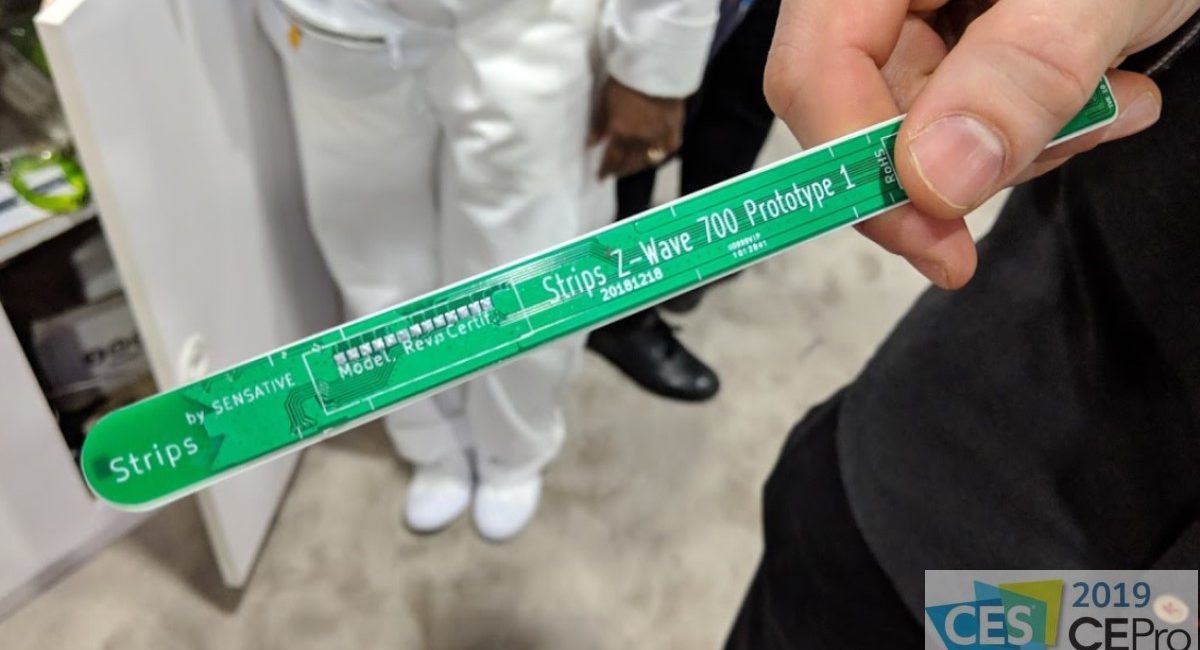 Sensative Strips at CES 2019 - possibly the first Z-Wave 700 Series product in the world.

Sensative, maker of Z-Wave sensors, could have the very first Z-Wave 700-Series home-automation device on the market.

At CES 2019, the company showed a prototype Strips sensor – a long, flat device that disappears on doors, windows and other flat surfaces – with the 700 chip inside.

“We may be the first to mount it into a PCB,” says Sensative founder Fredrik Westman.

Chip-maker Silicon Labs, which acquired the Z-Wave division of Sigma Designs last year, only began shipping the 700 Series on its Wireless Gecko platform a few weeks ago. The next-gen series enables longer battery life (10 years on a coin cell) and longer distances (150% increase for U.S. radios) than the previous 500 series.

“We may be the first to mount it into a PCB.”
— Fredrik Westman, Sensative

The 700-Series availability on SiLabs’ Gecko platform is “huge,” according to Z-Wave Alliance executive director Mitch Klein. “It’s an established piece of silicon.”

Klein says the launch shows the real significance of having Silicon Labs as Z-Wave’s new partner: The group can speed time to market because of its established wireless platforms. SiLabs is already a leading provider of Bluetooth, Wi-Fi and ZigBee.

We should see more 700-series Z-Wave devices coming out in the next six months, according to Klein.

Back to the Sensative Strips … we raved about the industrial design a few years ago when the company showed a Strips door/window sensor. Since then, Sensative has launched a Strips temperature and light sensor, and a Strips leak/water detector.

In addition to the Z-Wave versions of these products, the company makes LoRa models with an eye towards smart cities, hotels and other large-scale properties.

LoRa is one of the up-and-coming standards for Low-Power Wide Area Networks (LPWAN) for long-range IoT communications over cellular.

Westman says the LoRa Strips can run 10 years on a coin cell, just like the Z-Wave versions. 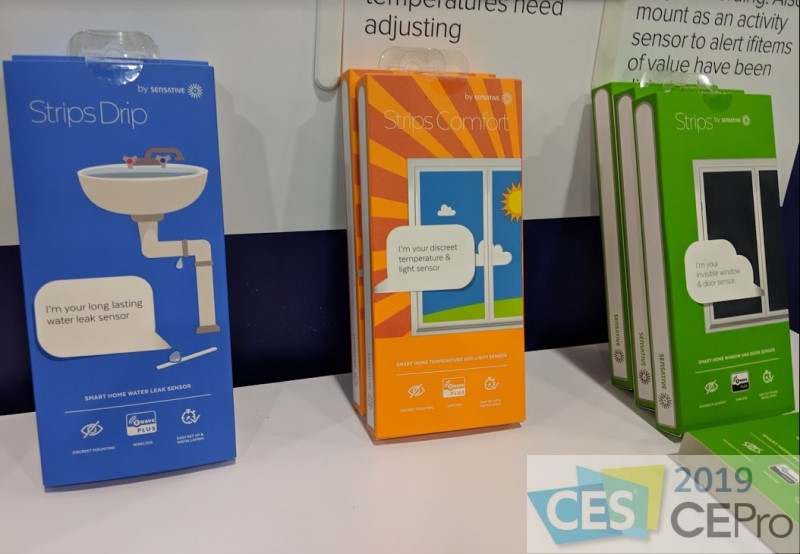 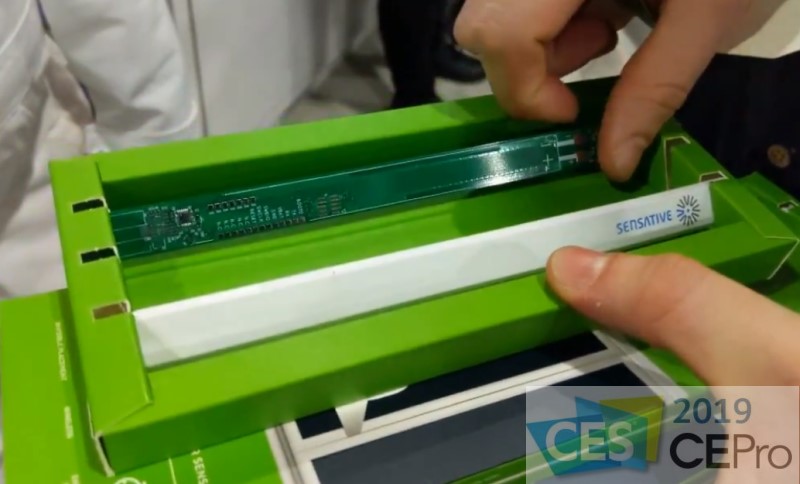 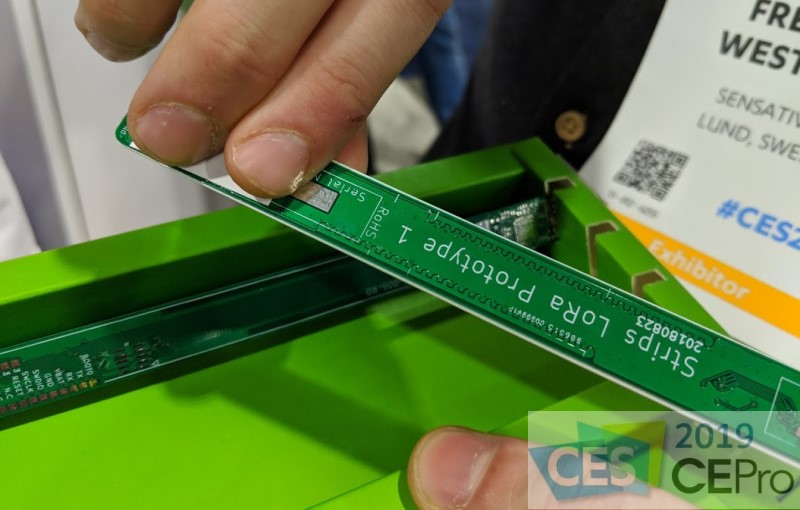 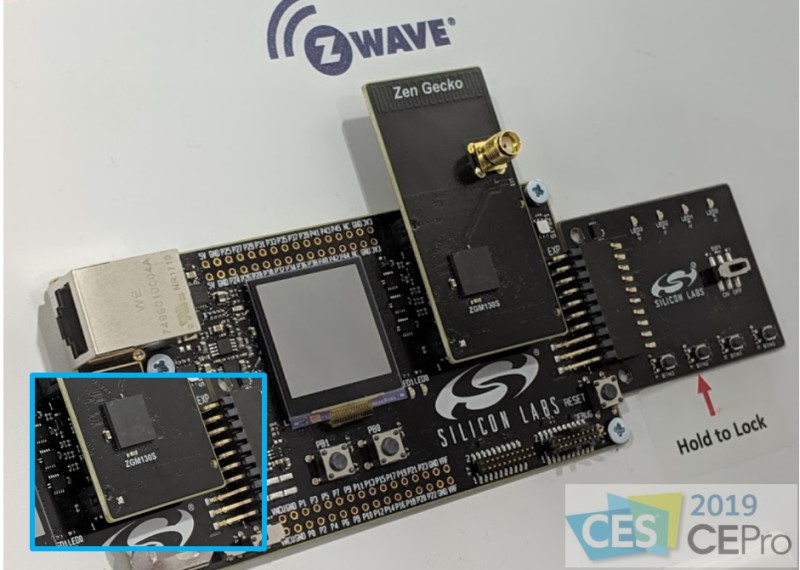