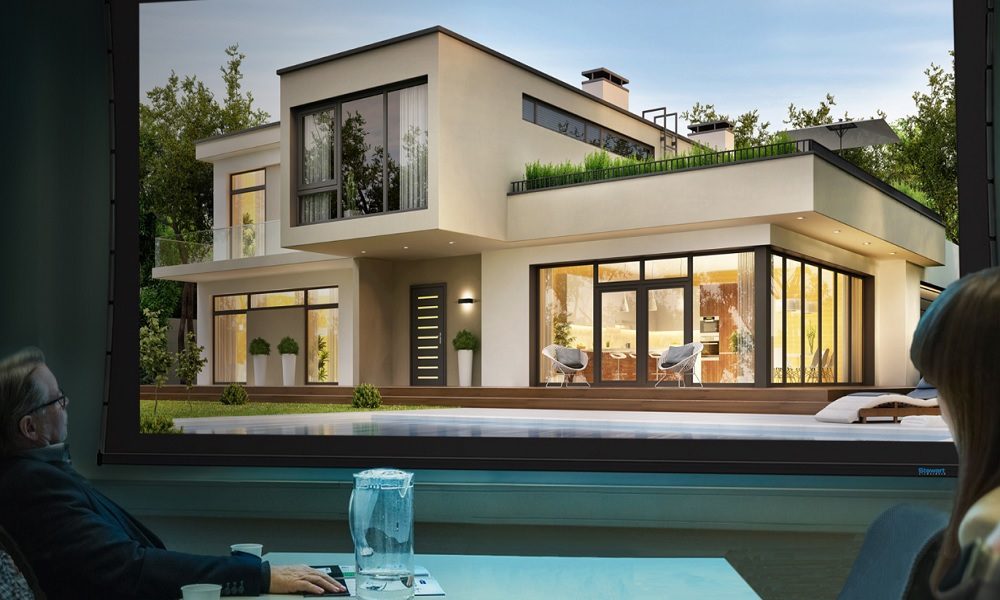 Stewart Filmscreen has announced its acquisition by Shackleton Equity Partners. The company will continue to be managed by its current senior management team in Torrance, Calif., but former owner and manager Mary Stewart will step down from her role.

“I am truly excited about Mark Schelbert coming onboard. With the additional energy and assets that Mark brings with him, it will allow Stewart to offer an even higher level of innovation and service to our customers,” says Don Stewart, executive vice president.

Established in 1947, Stewart Filmscreen has developed a reputation for customization, creating products with screen fabrics that can receive as many as 13 optical layers. The company received two Academy Awards, as well as top certifications by Imaging Science Foundation (ISF) and THX.

According to the company, demand for its products has more than doubled in the past year, making this transaction an important step toward increasing the company’s manufacturing capabilities.

That demand can be exemplified by the upcoming CE Pro 100 Brand Analysis data, based on information provided by CE Pro’s annual rankings of high-revenue integrators, in which Stewart Filmscreen gained market share and is the second-most-used brand among top integrators.

As consumer demand for home entertainment and content streaming services continues to increase, Stewart Filmscreen aims to meet that demand with its proprietary screen technologies designed specifically for film projection including AeroView, FireHawk, Phantom HALR Plus, and StudioTek. The Phantom HALR Plus model is a new version of its ambient light rejecting screen product to expand integrators’ ALR offerings for media rooms with ambient light conditions.

Besides residential custom integrators, Stewart Filmscreen has long been an important screen provider for commercial and resimercial applications, with its assortment of solutions used by pro AV dealers in varied vertical markets including education, corporate, theme parks and entertainment spaces, large venues, broadcast, aerospace & simulation and others.