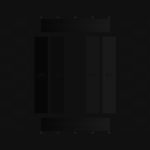 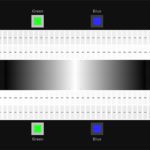 For years the Spears & Munsil series of test discs have provided the public with an affordable way to evaluate home video products. The new $40 Spears & Munsil UHD HDR Benchmark disc provides integrators and end users with the capabilities to test 4K, HDR and more.

Spears & Munsil says its new release builds upon the company's previous products by adding new features and patterns to the UHD HDR disc.

Augmenting the existing materials, the new test patterns are designed to help professional integrators and others identify hardware and software weaknesses and correct them to maximize the performance of video systems.

“We believe this disc completely changes the game for test and evaluation discs, by making use of all the features and range that HDR and wide-gamut standards can offer.”

These multiple patterns contain the appropriate metadata with their respective peak levels adjusted for a range of HDR display technologies.

According to Spears & Munsil, the unique aspect of these test patterns is that many of them were created from scratch using the team's in-house software.

“If a pattern needs to be generated directly in a very specfic color space and data format, we generate it in that color space and format; we're not limited to what you can do with off-the-shelf graphics software. In a few cases we've had to create our own format, because no existing file format could represent the pattern we needed to create.”

Spears & Munsil point out the existing test patterns that are included with the disc have also been updated.

“The problems of artifacts caused by color conversion and video processing remain as relevant as ever for HDR and UHD, but HDR adds exciting new problems to old ones. We rebuilt the color-space evaluation pattern from scratch, and put in one place everything an end user or professional evaluator needs. Every pattern we make goes through that same process, and is refined again and again to make it clearer, simpler and more precise.”

Spears & Munsil emphasize the patterns bundled together on the new UHD HDR Benchmark disc can be used by professional calibrators, custom integrators and enthusiast consumers to complement spectroadiometers and color meters.

“These patterns are tested by real industry professionals multiple times over multiple iterations bedofre we put them on disc,” says Spears.

“These are the same patterns used regularly by the same people who produce your displays, [media] players and movie content.”

Moreover, the duo state that HDR was designed for future applications, as well as today's content, which means that HDR will adapt to future market changes to allow tomorrow's content can be scaled using future displays' color depth and dynamic range capabilities to their fullest parameters.

“With a completly different approach to transfer functions or what we used to call gamma, which means that a bunch of old patterns just don't work anymore. Video is now encoded for very high-brightness devices and then [it] has to be remapped by the display to fit that display's actual capabilities.

“Needless to say every display does it a little different now. With the UHD HDR Benchmark [disc] enthusiasts and professionals will be able to get insight into exactly what the display does when it makes those important remapping decisions.”