The Smart Home: What NOT to Automate

The first rule of smart home? Do no harm. Think hard before using home automation as a security system or for automating things like fireplaces and windows.
Jay Basen 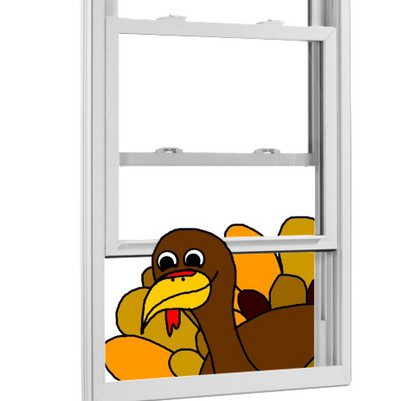 The Smart Home: What NOT to Automate

With “smart home” being all the rage, it’s important to step back and take a look at home automation from the security and safety point of view. What might provide convenience on the one hand … could present dangers on the other.

For professional installers, even if they are following the directions of a customer, they can still open themselves up to a liability suit if something goes wrong.

The first rule of integrators should be: Do no harm.

Home Automation as a ‘Security System’

Today it is pretty easy to piece together a security system using sensors you purchase off the internet and your automation processor/hub.

If a fire breaks out an air quality sensor can detect a high degree of particulates in the air, inform your processor/hub, and a notification can be sent to your smart phone.

While an automation system is capable of doing this, it is not a substitute for a real security system! There are so many things that could go wrong with this type of system that might keep it from waking a family up in the middle of the night and allowing them to safely exit a home that is on fire.

In the future, dangerous automation could get flagged for repair before a home sale can proceed.

First and foremost a true, UL-listed security system has to pass rigorous standards and testing that an automation system is not subject to. You don't want to risk your family's lives on a system that, for example, may be down for a period of time in the middle of the night because the manufacturer decided that was a good time to send a software update to the hub, or because you forgot to charge your cell phone and it can't receive the notification that there is a fire.

Sure an automation system can, with the right sensors, detect smoke, doors being opened, windows being broken, and more. But just because it can, doesn't mean it should.

In my own home the security system monitors the house for fires, forced entry, etc. It will sound the alarm if one of these events has occurred to notify occupants of the emergency. This is job number one: making sure everyone is safe.

The security system will then communicate the event to the automation system so it can take additional actions. For example, the automation system can shut down the HVAC system to minimize the spread of smoke in the home. It can shut off a whole-house fan so it isn't drawing fresh outside air into the home that could help feed the fire.

It can shut down ceiling fans throughout the house so they aren't helping to fan the flames. Finally, it can flash exterior lights to alert outsiders that there is an emergency and to make it easier for first responders to locate the house.

These actions are all very important. But, if there was an issue with the automation system the family would still have been notified of the emergency so they would be safe.

And More: What Not to Automate

If a gas-operated fireplace is accidentally turned on at the wrong time there are so many things that can go wrong. There could be flammable materials in the area, or an unsupervised child could be burned.

If customers insisted on putting their fireplace under control of the automation system, I would try to convince them to just automate turning off the fireplace and to still require manually turning the fireplace on.

In this way someone in the home knew when the fireplace was on and was taking responsibility for it. I would then program the automation system to turn the fireplace off when the house became unoccupied, at bedtime, and even when an occupancy sensor in the room with the fireplace determined that the room was no longer occupied.

As an added protection, I would get the homeowner to sign a release of liability document that stated that the homeowner was going against our advice in having this feature implemented.

A garage OHD is typically the largest mechanical device in a home. And, while it has multiple safety features built in to protect people from being injured by a closing door, it’s still risky to automate the function.

This is why wireless garage-door openers (by code) are built with limited range, usually operable only when there is a line of sight to the garage door.

While integrators have been automating garage doors for decades, the practice defied all UL standards. A few years ago, the organization updated its UL325 standard for garage-door openers, accounting for “unattended operation” enabled by new smart-home products. UL 325-2010 requires systems to provide audible and visual alerts (beeps and flashing lights) for at least five seconds before a door can be closed in unattended mode.

For added protection, we would install a camera in the garage and display the image on a touchpanel and/or app, along with the buttons for controlling the OHD. In this way, a homeowner could validate there is nobody standing under the door when they trigger the automation system to close it.

Automated control of a skylight poses little risk; however, automated opening and closing of standard windows that can be reached by children in a home can pose a significant risk.

Using a motorized actuator to close a double-hung window, for example, could create a guillotine. Never automate the closing of a window that is within reach of a child.

Home automation can offer tremendous value to a home. Not only does an automation system offer increased convenience and safety for the homeowners, but recent surveys are showing more buyer interest, and value, placed on smart homes.

With that in mind it is important to focus on adding smart systems in a way that makes sense.

It won't be long before smart systems become part of a pre-purchase inspection and just as construction deficiencies get pointed out to a prospective buyer, dangerous automation will also get flagged for repair before the sale can proceed.

Jay Basen has been a home automation hobbyist for over 25 years and has worked professionally in the industry for 12 years. With a master's degree in engineering, Jay has been writing software professionally for almost 40 years.