We want to hear about your acts of kindness, so reach out to CE Pro to share stories of your business giving back to the community!
Arlen Schweiger 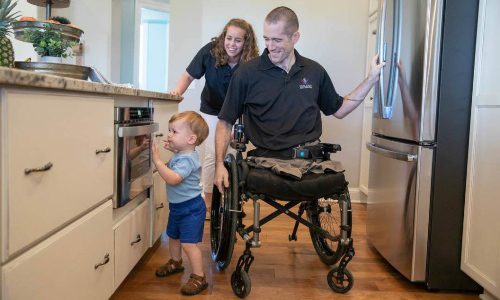 Charities like the Gary Sinese Foundation work with integrators to help give back to wounded U.S. military veterans.
Article:
News
September 30, 2020

We plan print issues of CE Pro well in advance, so even though it’s not December, the time is already here to think about the winter holidays. Yes, 2020 has been a trying year, but let’s end it on a really positive note.

That’s not to say there haven’t been positive stories this year — many integrators have shared their successes with CE Pro, how they saw big bumps in several categories impacted by the coronavirus (home networking, anyone?).

CEDIA Expo and CE Pro Summit were among the many events that pivoted to virtual platforms, and managed successfully to stay tapped into the integrator channel.

But if there was ever a year that needed some positive vibes, heart-warming stories and general shows of gratitude, this has been it. So like we did last year, we are dedicating a section of our December issue to spotlighting some of the industry’s “good deeds” that have been done recently.

Last year we included projects that were designed and constructed for wounded soldiers as well as some innovative Crestron programming by Gramophone personnel to sync automation cues to an interface used by a customer with ALS.

This year, thanks to social media, I started thinking about the December issue after stumbling upon an initiative called “Together for Cinema,” a U.K.-based organization that designs and installs theaters for children’s hospices across the United Kingdom.

The group enlists various working partners, installation partners and product partners for its efforts, which recently included the completion of its 25th charitable theater — reaching a goal it had set back in 2007 with an eye toward hitting that number by 2020.

In total, the projects represent more than 500,000 British pounds, or about $675,000, and have received the help of myriad industry sponsors, according to the website.

“This has been exceptional with many brands being hugely supportive. I believe over 70 different companies have donated product over the last 10 years. Some have really gone beyond the call of duty and those include Crestron, Dataflow IT, Epson, Kaleidescape, Lutron, Monitor Audio, Middle Atlantic and QMotion,” says Together for Cinema founder Ian Morrish, adding that the organization can still use all the manufacturer generosity it can get. 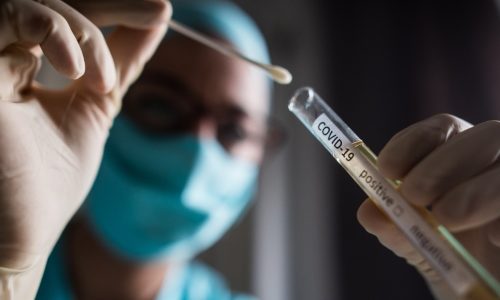 “We have been very fortunate so far but we have now used almost all of Epson’s 20 projectors they gave us, as we have the 12 or so Kaleidescape Cinema 1’s that were donated. High-price-point items like these are so important to make these rooms happen and we urgently need replacements,” he tells me.

It’s a phenomenal opportunity for manufacturers to get involved. There have been similar efforts here in the United States, including the many whole-house projects with smart home brands and integrators teaming with the Gary Sinise Foundation that serves wounded military veterans.

“I was watching a program called ‘The Secret Millionaire’ and featured on this was a holiday home for terminally ill children and their families in Blackpool,” Morrish recalls of the inspiration for Together for Cinema. “I couldn’t help but be moved by this and rather than simply donate, I contacted them to see if we, as the AV industry, could do anything to help.

“To cut a long story short, about 12 months later a cinema room was opened in one of the log cabins on-site. This success, and my understanding of how the cinema was appreciated, led to me contacting the Together for Short Lives charity to see if we could help any of the children’s hospices that they support.”

Morrish, also a longtime sales manager for the ISE show, says working with the Together for Short Lives charity enabled him to have direct contact to their U.K. children’s hospice community via their monthly newsletter. That led to in-depth conversations with many of the U.K.’s 54 children’s hospices that come under their service.

Thanks to LinkedIn and Twitter, I was able to contact Morrish and we’ll delve deeper into one of these projects in December.

We will be in the planning and production stages of that issue during most of October, so whether you’re from a manufacturer, integrator, rep group or other, please feel free to reach out to me or editor Jason Knott with your company’s act of kindness. Let’s end 2020 right.