For years homebuilders have avoided smart home technology like the plague. The complaints always revolved around the misperceptions that:

For homebuilder Taylor Morrison the challenges of home technology are made even more acute because it sells such a broad range of homes across 37 different locations in the Houston area. Its Chalet series homes are as small as 1,300 square feet priced in the low $190,000s while its Inspired series of homes are large 5,600-square footers priced all the way up to $1 million.

“One of the challenges we face is how do we scale technology across the broad range of homes we sell?” rhetorically asks Jim Ellison, vice president of sales and marketing at Taylor Morrison. Well, the Houston division has found a solution. Using the scalable Legrand Intuity platform and working closely with integrator DataSmart, the builder has unveiled what it calls the “Interactive Home” as a standard in all its homes with the results of more sales and more profit.

Taylor Morrison, which is a large national builder that allows each division to select its own package of standards and options, is able to use the same structured wiring-based Intuity platform for the wireless network, multiroom audio, surround-sound audio, video surveillance, deadbolt locks, garage door, video doorbell intercom, lighting control, climate control and more with no monthly fees in all its homes.

“It has become a huge differentiator for us,” notes Ellison. “It really sets us apart and helps us spend more quality time with the customers.”

What is Interactive Home 2.0?

“Interactive 2.0” just rolled out in March 2016, but it was based upon success Taylor Morrison had with its first 1.0 offer (launched in 2012) that resulted in more sales and more profit, according to Ellison. He notes also that adding the technology did not extend the 85- to 130-day construction cycle at all. But even more game-changing is that fact that the Intuity system has actually become the centerpiece of how its sales team and local Realtors guide potential buyers through the model homes.

“The Intuity touchpanel helps break the ice with customers when they walk into the home,” says salesman Eduardo Mercado of Taylor Morrison.  The interactivity starts right away at the front door where Intuity controls a Ring video doorbell. “I ask, ‘Have you heard about the Interactive Home? Let me show you,’” says Mercado. “The technology helps me tailor the conversation based on their needs right away. It has changed the way we make our sales presentation.”

He says buyers will spend as much as 15 minutes playing with the panel. By far, multiroom audio is the No. 1 subsystem to which homeowners react positively, he adds.

Regarding the whole concern about potential callbacks, Ellison says, “We don’t want them but we embrace them. Those become opportunities to tell great stories about the quality of your customer service.”

DataSmart, which is run by president Randall Duncan, has been in business for 16 years and has 105 employees. It also has been named Legrand’s Dealer of the Year for three years running. In the design center DataSmart has two rooms specifically devoted to Intuity where customers spend typically one to two hours.

“Legrand really understands the production builder world,” comments Duncan. The integrator has 24-hour tech support and 16 quality control managers who walk every job prior to the system “commissioning,” then spend one week “personalizing” the system with the homeowners before it is fully functional, according to Jaime Garza, director of marketing.

For Taylor Morrison, the bottom line is that it is able to bring a smart home to its customers at an extremely affordable price. For example, a full-function Intuity system costs just $10,321 in one of its $700,000 homes. Already, other divisions of the homebuilder are looking at adopting this same approach to home technology.

Ellison’s refreshing advice for other builders: “If you take a very disciplined approach, technology is not scary at all.” 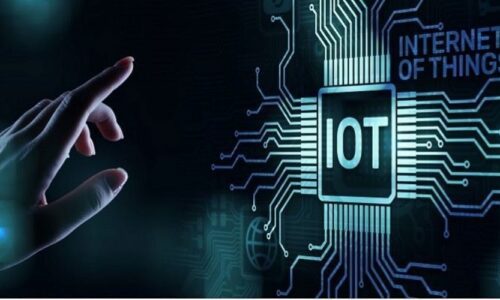