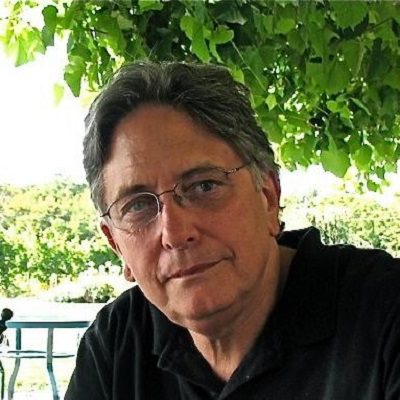 JC Costa passed away from complications from an abdominal obstruction.
Article:
News
April 14, 2020

Industry veteran Jean-Charles “JC” Costa passed away on March 24 in New York City due to complications caused by an abdominal obstruction.

Known to many as simply “JC,” he was a talented writer, musician, photographer, artist, and storyteller. Underneath it all was a wonderful sense of humor and a true generosity of spirit and kindness. A brilliant and articulate communicator, JC was widely admired by friends and industry colleagues alike for his creativity, talent and keen wit.

A graduate of Columbia University, JC Costa began his career at Rolling Stone magazine in 1969 as a music critic, features writer and editor. Among his many notable album reviews were 1971’s “Meddle” by Pink Floyd, “Frampton Comes Alive (1976), and Bad Company’s “Burning Sky” (1977).

From 1971-73 Costa worked at Atlantic Records handling duties as staff writer, artist relations and public relations, a specialty that would define the last 20 years of his accomplished career. At Atlantic Records, he wrote liner notes for albums by Eric Clapton, the Allman Brothers, Emerson, Lake and Palmer, Chic, and Roy Buchanan.

He spent the next 20 years as a writer, reviewer and editor at various publications including Gig magazine and Record magazine, while still doing freelance work for Rolling Stone and other publications.

In 2001, after decades as a successful marketing professional for Samson Technologies (VP marketing, 1993-2000) and the Manhattan-based Advertising/PR firm SR/A where he served as creative director,  JC Costa combined his experience in writing, marketing, public relations, branding, and music production to start his own P.R. firm based in NYC.  His appropriately named Brainstorm Media offered creative marketing support, promotions and public relations to many pro audio and MI brands including Fishman, Martin Audio, Middle Atlantic Products and CAD Audio.

Those who were fortunate to know Jean-Charles would attest that he was a wonderful husband, father, and friend who will be greatly missed. He is survived by his beloved wife Rise, their son Brett, daughter-in-law Jacqueline and granddaughter Tabitha.

Donations in his memory can be made to the following:

Plans for a memorial have not been announced at this time.