Joe Freeman, principal of consulting and research firm J.P. Freeman & Company, has passed away at the age of 88. He is survived by his wife, four children and two sisters.
Jason Knott 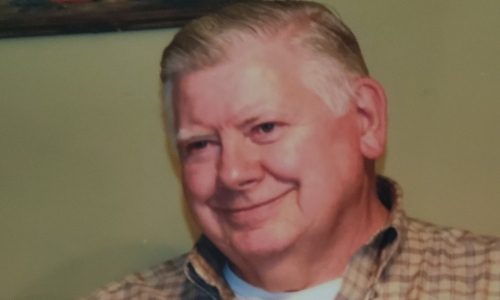 Joe Freeman was one of the first chairs of the Home Automation Association. He began doing research on the smart home space back in 1982.
Article:
Associations/Buying Groups | News | Security
December 13, 2021

The smart home industry has lost one of its first advocates. Joe Freeman, principal of consulting and research firm J.P. Freeman & Company founded in 1982, passed away suddenly on October 8 at the age of 88.

Freeman was essentially the “Father of Home Automation” for the key role he played in developing the market, along with the security market. A kindly gentleman with a deep baritone voice, Freeman was always impeccably dressed and a fixture at every event in the early days of security and home automation. Indeed, he was the 1997 recipient of the Consumer Technology Association (CTA) Smart Home Division Leadership Award for his leadership in the development of the smart home, which at the time was simply seen as an offshoot of the home security business.

Freeman was the chairman of the Home Automation Association (HAA) when the group helped create the Electronic House Expos (EHX) in conjunction with CE Pro back in the late 1990s. The HAA eventually morphed into the CTA Tech Home division and later became the Smart Home Division.

For many years, Freeman was the authoritative research source for home automation. His voluminous research reports were filled with lengthy analysis from Freeman making sense of the data and developing trends.

Dr. Joseph Peter Freeman, of Newtown, Connecticut, passed away after courageously battling a short illness at Yale New Haven Hospital. Joseph, also known as “Joe”, “Buddy”, and “Pop-Pop” to many, was born on January 11, 1933, to Joseph and Gertrude Freeman in Newark, N.J., and was raised in West Orange, N.J., where he attended primary and high school.

Freeman attended Seton Hall University where he earned his bachelor’s degree and MBA, and where he was a pitcher for the Seton Hall Pirates baseball team. He later received a Doctor of Science degree in management systems from the University of New Haven in Connecticut.

At the beginning of his professional career, he held business management positions at Remington, General Foods, General Electric, and Wells Fargo Security. In 1982, Joe founded a successful home automation & security consulting and market research company, J.P. Freeman & Company, of which he was CEO for 30 years until he retired in 2012.

In addition to his leadership at the Home Automation Association, Freeman held positions as the director of the Security Industry Association and chairman of the International Biometrics Association. During his professional years, Joe also taught college courses in business management and marketing at Western Connecticut State University, University of Bridgeport in Connecticut, and New York Institute of Technology.

He was a veteran of the United States Army and proudly served two years in the 101st Airborne Division during the Korean War and was trained as an expert rifleman and weapons handler.

Freeman spent 62 years with the love of his life, his wife Lucille, who shared his love and commitment to their family.

Freeman was not just a father to the smart home industry, but a father to an adoring family. He is survived by his wife and four children who adored him and whom he cherished: Joseph Freeman, Jennifer Freeman, Mary Freeman (James), and Megan Lewis (George). He is also survived by his beloved sisters, Kathleen and Geraldine; his granddaughter, Olivia, and step-granddaughters, Amber, Iesha, and AnnaMarie; and numerous nieces and nephews.

CE Pro sends its deepest condolences to his family. He will be missed.