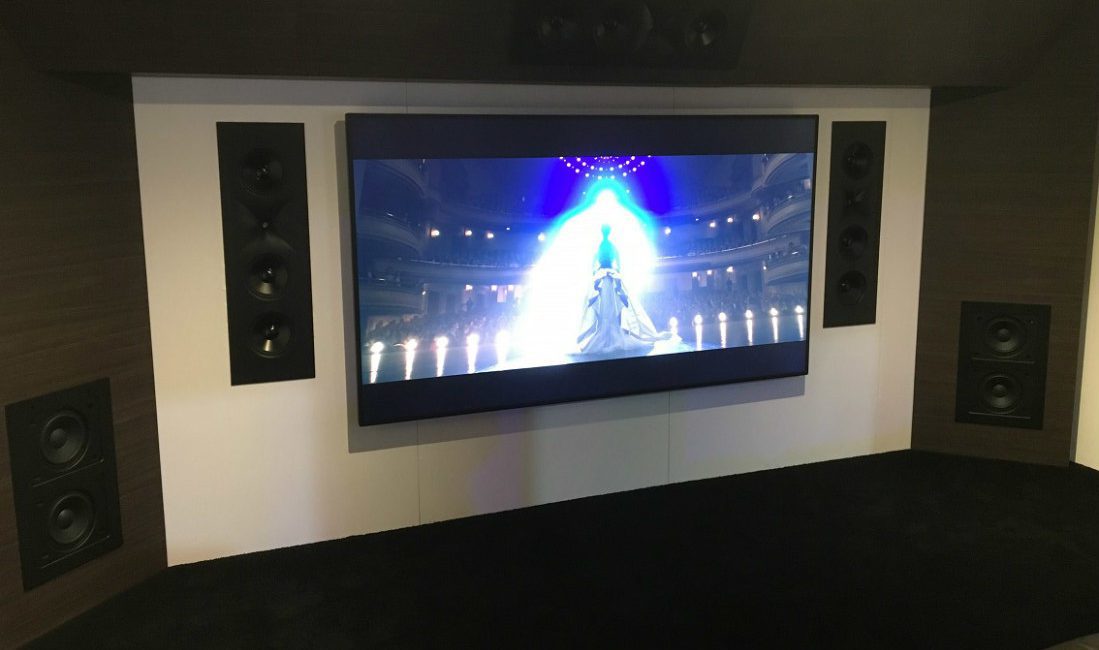 The demo for the system included a lengthy clip from 'Ready Player One' as well as a clip from 'The Greatest Showman.'

It’s not often you can experience a $56,400 home theater audio system and say it is a bargain. But that is exactly the case with the JBL Synthesis demo theater at CES 2019. The company used its new SCL-4 surround custom loudspeakers in combination with SCL-2 LCRs, SCL-3 in-ceilings and S4S in-wall subwoofers to create a dynamic immersive Dolby Atmos home theater.

“A JBL Synthesis system like this not too long ago would have needed a stack of electronics to power it that cost more than $100,000.”
— Jim Garrett, Harman Luxury Group

The setup was driven by Lexicon RV-9 A/V receiver and Lexicon DD-8 amplifiers. The companion video was in the form of a 98-inch Samsung OLED (who else… Samsung purchased Harman in late 2016.)

“The total cost of this system is $56,400,” says Jim Garrett, senior director of product strategy and planning for the Harman Luxury Audio Division, which includes the brands of Revel, Mark Levinson, JBL Synthesis, Arcam, and Lexicon.

“A JBL Synthesis system like this not too long ago would have needed a stack of electronics to power it that cost more than $100,000, and the theater package would have been $400,000. Most integrators are not selling any $400,000 theaters. But this $50,000-range price point is more in the meat-and-potatoes range of many Harman Luxury Audio dealers.”

Garrett says the CES demo setup has the JBL Pro quality and features, including wave guide, hemispherical dispersion, dual diaphragm compression drivers and Dirac EQ, that would be found in a system that would have required 70 percent of the cost to be in the electronics alone. 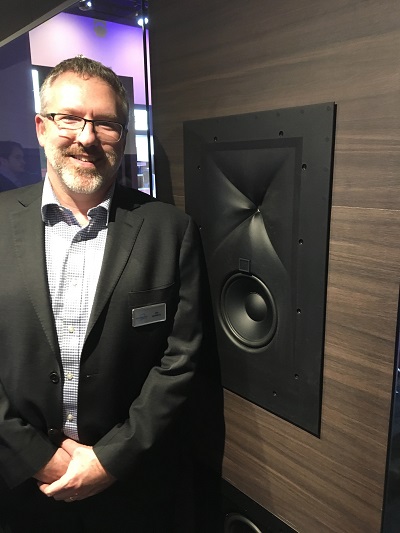 “Everybody sitting in on the demo is telling us it is the best they have ever heard,” he adds.

The demo itself consisted of a long clip from the Stephen Spielberg epic Ready Player One in which the gamers’ avatars are being chased by giant dinosaurs and King Kong, to name a few of the menaces.

Among the shaking booms was dialog between the various avatars that was not drowned out by the action noise.

At several points during the demo, the subwoofer shaking was so powerful that I looked at my smart watch thinking I was feeling the vibration of a text message.

The second part of the demo was moving. Harman showed a musical clip from The Greatest Showman that literally had tears in the eyes of the integrators (and me… I have not seen that movie) in the demo.