Insteon Down: Another DIY Smart Home Solution Bites the Dust? 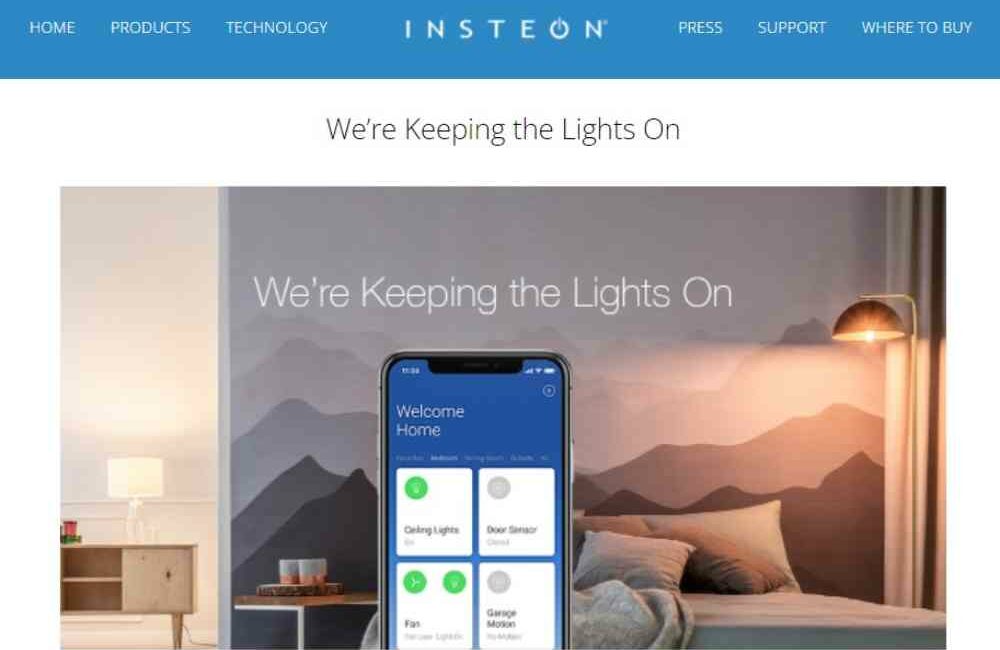 Insteon has reportedly shut down its servers and is no longer supporting customers with its plug-in hybrid PLC and wireless modules.

Insteon Down: Another DIY Smart Home Solution Bites the Dust?

In yet another signal that professional installation smart home systems built on technologies with staying power are the better option, Insteon, makers of a unique mesh-networking home automation technology that combines both wireless and powerline control, has reportedly shut down.

According to multiple sources, including Stacey on IoT and PC Magazine, the company abruptly shut down its servers supporting its customers this week. Several years ago, the company had a similar outage, but it quickly communicated the situation to its clients before rectifying the situation. This time it has been radio silence.

Moreover, according to Stacey on IT, several key executives of the company have removed Insteon as their current place of employment in recent days.

Granted, Insteon (pronounced “instee-on”) was not a fly-by-night technology. It was first created back in 2004 by the team at Smarthome, an online distributor (owners of smarthome.com), which is a division of SmartLabs. So the 18-year lifespan is prodigious compared to others IoT options.

In 2017, SmartLabs was acquired by Richmond Capital Partners, an investment firm, as part of a $7.3 million investment designed to accelerate the company’s presence in the IoT space.

Insteon has more than 30 patents for its protocol that bridges both RF wireless and powerline (the home’s existing wiring). Its product suite primarily consists of an Insteon hub and dimmer and appliance plug-in switches. According to the PC Magazine article, the Insteon forums are also down, showing a sole message of “We’re Keeping the Lights On.”

CE pros for years touted the reliability of Insteon, but it did not gain much traction, especially as wireless protocols like Z-Wave and ZigBee took hold. Over the years Insteon had a few high-profile adopters, including First Alert for a line of smoke detectors.

Powerline technology is seen by some as an alternative to the growing intensity of RF and EMI generated inside a home by the proliferation of wireless.

As noted, the Insteon technology combines the convenience of RF with the efficiency of powerline-carrier (PLC) communications to create what was touted as the first hybrid wireless/powerline technology for control applications. The company envisioned a world in which wireless security sensors and PLC-enabled light switches communicated with each other over a single network, through a single protocol, with a unified programming interface.

Read Next: Selling to the Evolving Custom Installation Luxury Client

Both PLC and RF have their own advantages when it comes to in-home communications, whether for high-speed networking, or small-bit control applications. PLC is generally less expensive, while RF is more convenient. Either media might enable faster or more reliable communications, depending on the installation.

SmartLabs built an ecosystem of home-automation hardware and software, (including cloud-based services) compatible with Amazon Alexa, Apple HomeKit, Nest and most of the other popular offerings.