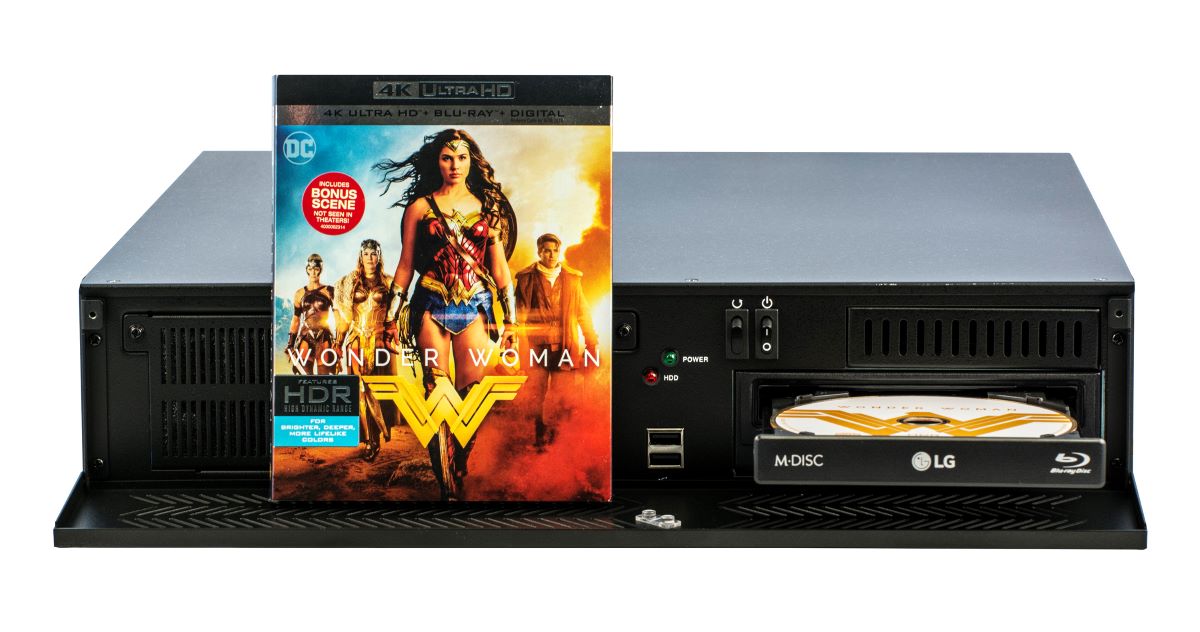 The new 4K/UHD movie server from Fusion Research plays and archives UHD discs and sells for $6,999.

If you think most people are streaming content, think again. According to 2018 numbers from DEG: The Digital Entertainment Group, sales of 4K Ultra HD (UHD) Blu-ray Discs, which often include a digital copy, soared 68% in the quarter from the same quarter last year.

“The 4K UHD format, across both hardware and software, is providing a meaningful boon to our business, creating retail opportunity as consumers look to invest in the most technologically advanced viewing experience in the home,” says Eddie Cunningham, president of Universal Pictures Home Entertainment in a December 2018 report in Variety magazine.

“4K UHD discs already account for almost one in 10 new release discs sold in the U.S.”

With stats like this, its no wonder Fusion Research has decided to develop a 4K/UHD movie server.

This unit will replace the current Genesis Movie Server line and feature 12TB of RAID storage and the ability to archive UHD discs as well as a client’s DVD and Blu-ray collection.

The unit can be controlled either through a supplied IR remote or via automation control systems like Control4, Crestron, Elan, RTI, Savant, URC and Vantage. It is available for a suggested retail price of $6,999, which is $1000 less than the previous model Genesis 12TB model.

In addition to the Genesis 4K Server, Fusion is introducing a 4K/UHD player with a built-in loader that can be integrated with existing Fusion systems.

Read Next: Fusion Research Doubles the Sources on Its Solo Music Server

The player will add an additional discrete source to the system and while it doesn’t have any storage, it can send that bit-for-bit copy of the UHD (or DVD & Blu-ray) to the associated server and/or NAS storage unit. The player will retail for $3,999.

“This has been, by far the most requested feature upgrade for our movie server line,” said Alexander Fanti, CTO of Fusion Research.

“It required a lot of engineering, but we are very happy to offer our dealers and their clients a server that archives their entire disc collection.”

In other news, due to the recent tariff increases, Fusion is discontinuing its Premiere 2TB model, while continuing with their Premiere 4TB server at its current price.