Johnson spent 27 years at Polk/Sound United, traveling the world as export manager. He started in the audio business in 1978.
Jason Knott 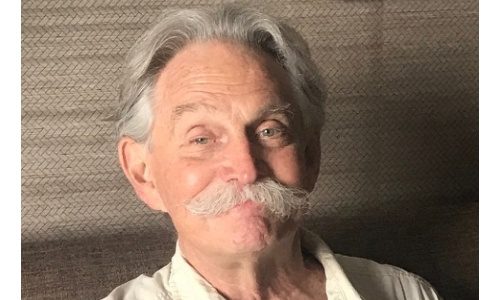 Longtime Polk Audio and Sound United sales manager Edward Devine Johnson Jr., died peacefully with his wife and daughters by his side August 13, 2020. Edward Jr. was born the eldest son July 3, 1949 to Edward and May Agnes (Cahill) Johnson in Troy, New York.

Johnson’s professional life began with the selling of musical instruments.  Later he enjoyed selling hi-fi, starting in the industry in 1978 with Kustom/Gretsch Amps and Musical Instruments. In 1982, he joined former CE Pro 100 company Myer Emco in the DC Metro area before joining Polk Audio in 1989. He was the Mid-Atlantic sales rep for the company until 2008 and then transitioned to the position of export manager for Sound United after it acquired Polk.

He traveled the world making international friends, and considered himself blessed to know and work with so many people that shared his love of music. Music was always a part of his life; he played several instruments, primarily bass. Recently he began performing again, which pleased him greatly.

Johnson was involved in AA for many years where he made lifelong friends, mentoring many in a kind and caring way.  This program provided him health and peace of mind.  His spiritual home was St. Agnes Catholic Church in Shepherdstown, W.V., where he attended with his family for almost 40 years. His interests were running, playing music, reading history, the companionship of his dog, and spending time with his family.

A funeral mass is scheduled for Saturday 22 August at 11 a.m. at St. Agnes Catholic Church in Shepherdstown.  A burial will be scheduled and announced when considerations of public health permit.