Crestron Dealers Get Google Assistant for Lighting; Full Smart-Home Voice Controls Up Next

Crestron systems can now integrate Google Assistant to activate lighting controls, and Crestron is working with Google on the second phase of voice control for complete smart-home systems.
Arlen Schweiger 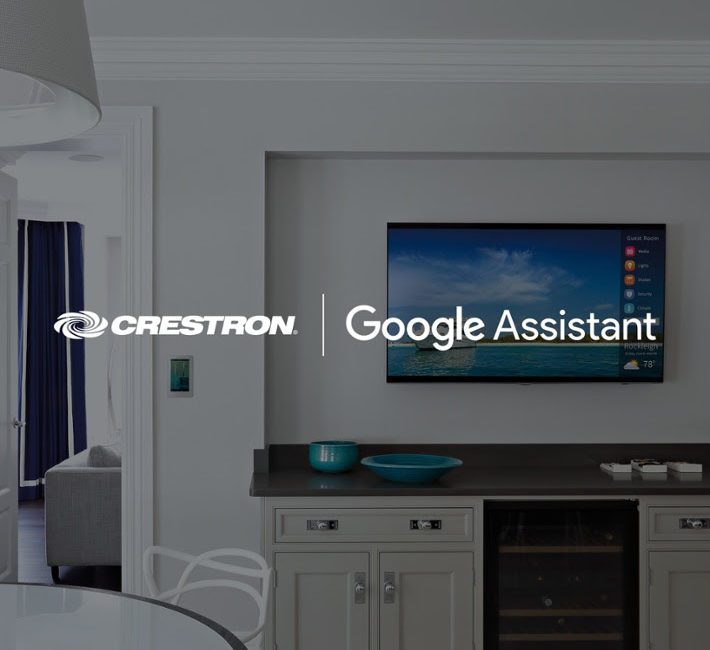 For now, Crestron users will be able to activate lighting controls via Google Assistant voice command.

Crestron Dealers Get Google Assistant for Lighting; Full Smart-Home Voice Controls Up Next

While increasingly ubiquitous voice control technology makes the rounds this week at CES 2018 in Las Vegas, that doesn’t mean its impact on the custom integration world is isolated to the Las Vegas Convention Center.

Home automation provider Crestron is the latest to announce support for Google Assistant, though its initial capability will be limited to commanding lighting controls via speech.

Speak Up to Set Lighting Scenes

That’s a good start for Crestron’s automation customers, and integrators can look forward to delivering much more widespread Google Assistant ability in the near future, according to the company.

“Crestron and Google are currently in collaboration on the second phase of integration, which will enable voice control of complete Crestron home automation systems, including the one-of-a-kind custom scenes only Crestron can provide,” per the announcement.

As the company describes, with Crestron and Google Assistant working together, homeowners can use voice commands to create the ideal lighting for any occasion, whether it’s dimming a chandelier for a dinner party or turning off lights around the house when it’s time for bed.

To trigger Crestron lighting controls via speech, users can simply speak commands to the nearest Google Assistant; for instance, “OK Google, turn on the kitchen lights.”

“Lighting control is an exciting first step in the Crestron + Google Assistant partnership, but it’s just the beginning,” says John Clancy, VP of Residential Systems at Crestron, in the announcement. “Homeowners will ultimately have the ability to use voice commands with Google Assistant to control all of their world-class Crestron technology, including lights, shades, A/V, HVAC, security and much more. Collaborating with a proven technology leader such as Google ensures the outstanding user experience Crestron customers expect.”

The past six months have been a busy period for Crestron.

In July, the company began offering Sonos products to CTPs in the U.S. as part of their normal ordering process – a complementary perk to Crestron’s unique position as the lone home automation company to provide the complete Sonos app embedded in its smart-home system.

At that time, Crestron also announced it had finished up shedding 20 percent of its authorized dealer base.

For dealers still in the mix, they now have another exciting custom smart-home proposition to offer customers courtesy of voice control. Crestron says technical resources are now available to CTPs to streamline integration of Google Assistant into customer systems. We’d expect word of full whole-home Google Assistant capability when that occurs.