Crestron explains why it is suffering from long delivery times and vows to work jointly with integrators to mitigate the situation.
Jason Knott 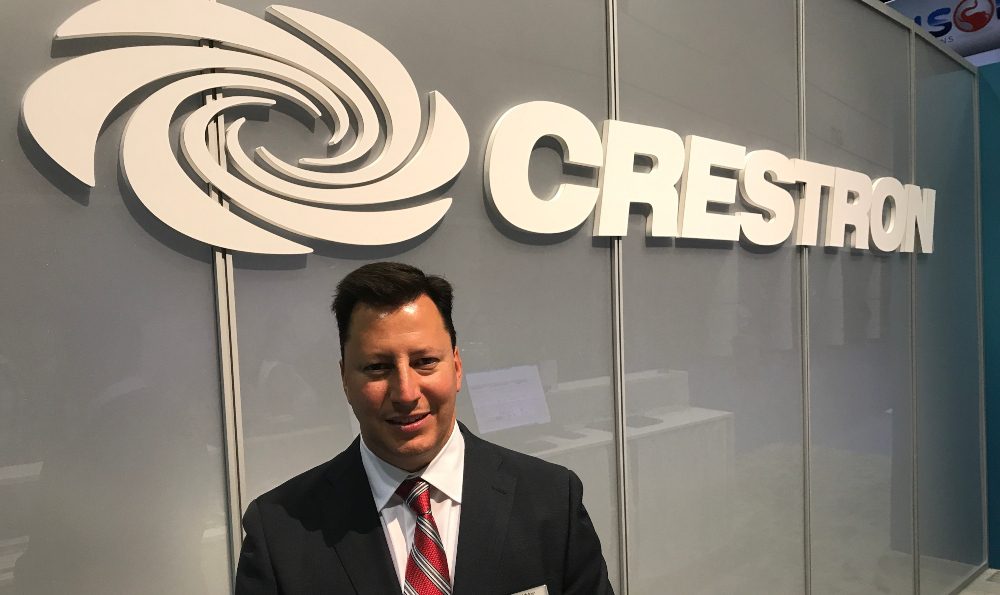 Crestron CEO Dan Feldstein took questions in an open forum from dealers providing full transparency into the supply chain situation in the company.

Addressing its ongoing supply chain problems head on and with full transparency in an open forum webinar for its integrators, Crestron informed the industry that the supply chain situation will not fully ease until spring of 2023. The company’s over-arching messages are that the situation is improving somewhat and that the Rockleigh, N.J.-based manufacturer is doing everything in its power to ease the supply chain crunch.  Interestingly, the bottlenecks in delivery are not being caused by a shortage of microchips, but of the various small components necessary to build and support a chipboard.

The “open-kimono” discussion did not attempt to sugarcoat the troubling situation that has seen delivery times for certain Crestron products go past six months. The one-hour webinar was a refreshingly rare conversation to take place in any industry, let alone by a privately owned company like Crestron in the close-knot custom installation world.

The one-hour webcast was moderated by Brad Hintze, executive vice president of marketing, and featured Crestron CEO Dan Feldstein, COO Dan Brady, and executive VP of Residential John Clancy. Prior to the event the company solicited questions from its dealer base, and the group also took questions live during the presentation.

“We picked the hardest questions,” quipped Hintze, noting the goal was to be fully transparent about how the company is navigating the supply chain situation.

“No matter how difficult these times may be, we wanted to have a public and open conversation, similar to one we have many times per week with dealers individually,” says Clancy.

Feldstein noted, “We may not give you the answers you want to hear, but we will answer your questions honestly. We are committed to get through this and help you build and grow together. We have an obligation to live up to your expectations. It pains me when we are not able to provide you with the products you need. We are not here to tell you everything is wonderful and that we solved all the world’s problems. We decided to be as transparent and open as possible, even to a fault.”

Why the Long Delivery Times?

One question that Feldstein and Brady tackled immediately was the claim that Crestron is misleading integrators because the delivery times for its products keeps changing. Brady explained even though Crestron has been manufacturing its products in the U.S. and Mexico for the past 30 years, the individual components necessary to build those products come mostly from Asia. Indeed, all three of foundries that refine the raw materials into the necessary components are based in Asia.

So how many components are we talking about? As an example, a single DM NVX board requires 2,564 parts to be purchased from 240 different suppliers.

During normal times, the foundries that create those support products run at 85% capacity, while the distributors have full warehouses of inventory. In addition, Crestron typically maintains a full 8- to 12-week stock of finished goods on hand.

Brady explained that the full manufacturing process from initial order for raw material components to having a finished product is 12 months in a normal situation, but dealers were not impacted by that timeline because there was always supply on hand.

Then the pandemic hit, and the foundries shut down for four to five months. That led to the depletion of inventory among distributors and at Crestron’s own warehouses. Even after the initial shutdowns, it takes months for the cycle to correct itself after demand spiked after the pandemic. Feldstein noted that in some months the demand among integrators was 200% above what was predicted by the company.

Stability on the Way

To enable integrators to be transparent with their clients, the company defaulted to the “worst case scenario” in terms of promised delivery dates for clients.

Feldstein says the company realizes how disruptive it is when a delivery date is missed, so instead Crestron is provided dealers with the absolutely “worst case scenario” delivery date. That way, if the product actually ships sooner, it is somewhat of a pleasant surprise.

“The problem continues to be the raw components,” explains Brady. “Before the pandemic, it was a 12-to 24-week lead time. Now, it is 80 weeks. It has nothing to do with the complexity of the product.” He said the demand from products outside the industry all seeking the same components is another variable. Electric vehicles, charging stations and even electric drill chargers all need the same components.

Brady told dealers that Crestron placed the orders for the raw materials 18 to 24 months ago for the products they are receiving today. At the same time, the company realizes it can’t cut corners. Some of the component parts are only accessible to the highest bidders, and often that was Crestron. Brady told of one component the company was pay $60 per unit for when it had previously been available for 5 cents per unit in normal times.

The you-know-what really hit the fan in February 2022 when Crestron announced it was hiking its prices by 10%. That announcement led to an enormous unanticipated rush of orders. At the same time, Shanghai had another COVID shutdown. The result is that products ordered in February are not being delivered until Q3 of this year.

Feldstein quipped, “It was the perfect storm that led to these incredibly long lead times.”

But the perfect storm appears to be subsiding. Brady says that the lead times in the past six weeks have been the best since early in 2021.

“We are seeing stability for the first time,” he says, noting that containers shipments that were $3,000 pre-COVID and rose to $24,000 during the pandemic are now down to $10,000. Brady is in touch with large suppliers in the electronics industry who have as a consensus said the supply chain situation will not fully ease until the spring of 2023, although it could be sooner if global demand falls in a recession.

What Crestron Is Doing

The Crestron team did not blame the entire situation on its suppliers. Indeed, they admitted their back-end management system was not up to the task. Once they became inundated with orders, it meant they had to turn to manual processes to try to prioritize orders. When asked if large commercial AV dealers or large projects were being prioritized over smaller jobs and smaller companies, Feldstein emphatically denied that was the case. He said the team was being judicious and even handed in its deliveries, no matter who was placing the order. He did admit that government purchases do get priority by law, however.

To help ease the current situation, Crestron has tripled its testing capacity so that cannot be a bottleneck in getting out deliveries, while at the same time maintaining high quality.

“So, we can now get out three times as much products,” says Brady. “When we get the components in, we can rock and roll.”

The company is also redesigning some of its products to use more common components that will enable them to meet specific demand more easily. Also, the Crestron design team is working directly with integrators to help them design their projects to ease a potential snag from a back-ordered product. The design team will even recommend competitive products for integrators to help them close out the job. Crestron’s Pro Portal is also being upgraded so CE pros can see their orders in real time. Clancy also commented that the company is proactively talking to various integrators who might have products in stock that are in high demand about sharing those products, while at the same time he said Crestron is frowning upon CE pros who might be trying to gouge others with outrageous prices.

In conclusion, Feldstein noted, “We share this problem with you. It is hurting all of us. Everyone committed to work as hard as possible to find solutions. The future is very bright. We just have to get through this crunch time together.”