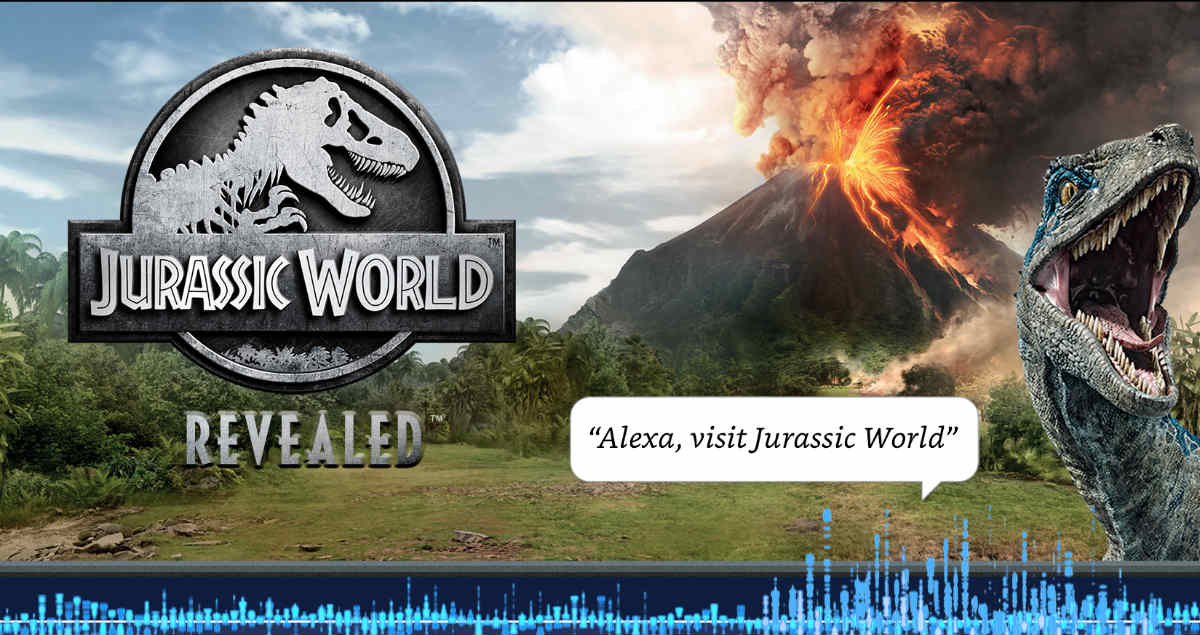 Amazon Alexa users willing to shell out $5 to experience the full 'Jurassic World Revealed' game will be treated to an unexpected storytelling gem.

Integrators now have one more reason to incorporate voice control into their offering for clients: gaming. Amazon Alexa's latest game skills revolve around the release of “Jurassic World Revealed,” where players enter the lore and story of the “Jurassic Park” franchise to help fictional podcaster Janet Best report on the troubles of Jurassic World.

According to CE Pro data, the integration of voice control is expected to double in 2018 for both lighting and multiroom audio installations (from 13 percent to 26 percent), so it would make sense the technology would find its way into gaming systems, which were installed by 44 percent of CE Pro 100 integrators last year.

The trend was sparked earlier this month when famous video game developer Bethesda announced an Alexa-only version of its smash hit game “The Elder Scrolls: Skyrim.” The reaction from fans of smart home technology and videos games was tepid at best, but after trying the game out for themselves, fans realized the game was a rather enjoyable “choose-your-own-adventure” style experience.

In “Jurassic World Revealed,” the player is tasked with making the right decisions to help Janet Best do her job, and while that might not sound very exciting, trust me when I say that it’s very easy to get sucked into this game.

There were multiple times when my decisions felt like they carried weight, and having played games of a similar style, I knew my decisions would have ramifications later.

In terms of the user experience, I encountered no issues when conversing with Alexa, although as usual background noise is a concern.

Still, Janet guided me through the struggles of “Jurassic World” in a seamless and natural way, and I did my best to provide answers that would lead to more immersive gameplay (tip: Always choose to take the flare gun!)

It seems as though Amazon is hoping to use videos games like “Jurassic World Revealed” to increase user engagement with its Alexa platform, which in my opinion is a natural fit.

Where we once needed a dialogue box in MS-DOS to play this type of game, we now have a smart speaker capable of interpreting the human voice and translating that into words and code. More advanced? Sure. But different? At its core, not really.

So in essence, Amazon and its Alexa platform are breathing life into an aging genre, while simultaneously boosting the types of interactions customers have with their smart homes.

It’ll be interesting to see where this technology goes. Will we see more Alexa tie-ins from major movie studios like Universal in the future? If they are of the same quality as “Jurassic World Revealed,” I'm game!