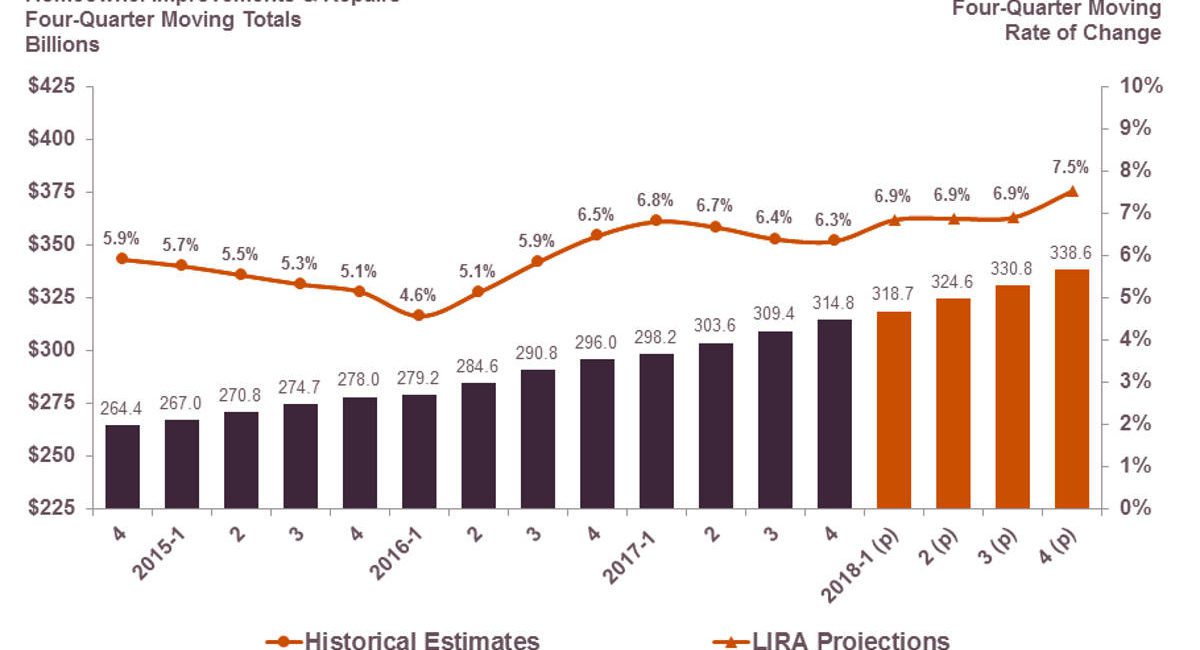 Remodeling activity in 2018 is predicted to be at the highest rate in more than 10 years.

More good news for integrators working with builders and remodelers… the coming year is expected to be another robust one for residential renovations and repairs with growth accelerating as the year progresses, according to the Leading Indicator or Remodeling Activity (LIRA) released by the Remodeling Futures Program at the Joint Center for Housing Studies of Harvard University. The LIRA projects that homeowner spending on improvements and repairs will approach $340 billion in 2018, an increase of 7.5 percent from estimated 2017 spending.

“2018 could post the strongest gains for home remodeling in more than a decade.”
— Abbe Will, Harvard JCHS

“Steady gains in the broader economy, and in home sales and prices, are supporting growing demand for home improvements,” says Chris Herbert, Managing Director of the Joint Center. “We expect the remodeling market will also get a boost this year from ongoing restoration efforts in many areas of the country impacted by last year's record-setting natural disasters.”

“Despite continuing challenges of low for-sale housing inventories and contractor labor availability, 2018 could post the strongest gains for home remodeling in more than a decade,” says Abbe Will, Research Associate in the Remodeling Futures Program at the Joint Center. “Annual growth rates have not exceeded 6.8 percent since early 2007, before the Great Recession hit.”

The Leading Indicator of Remodeling Activity (LIRA) provides a short-term outlook of national home improvement and repair spending to owner-occupied homes. The indicator, measured as an annual rate-of-change of its components, is designed to project the annual rate of change in spending for the current quarter and subsequent four quarters, and is intended to help identify future turning points in the business cycle of the home improvement and repair industry. Originally developed in 2007, the LIRA was re-benchmarked in April 2016 to a broader market measure based on the biennial American Housing Survey.