In 1928, presidential candidate Herbert Hoover promised Americans “a chicken in every pot.” Nearly 100 years later, the new slogan regarding cellphone signal boosters promises to be “an antenna in every room.”

Indeed, the introduction of 5G cellular with its millimeter wave signal that has difficulty penetrating walls and even windows promises to drastically change the way cellphone signal booster systems are designed and deployed.

“With 5G, you are going to need an antenna in every room,” bluntly says Scott Lucas, CRO of Wilson Electronics when discussing a common scenario that commercial integrators face. “Integrators will apply the same basic design principles for cellphone signal boosters, but they will undoubtedly need more antennas.”

Lucas describes a scenario in which a typical office building or home  – not one constructed like an underground bunker with tons of rebar and concrete, but just with simple sheetrock for walls – will require an antenna in every room.

“That means if a facility has eight offices, you are going to need eight antennas,” he says.

Integrators will not necessarily need to add more boosters themselves, just antennas. The number of boosters required will still be dependent on the dB  loss and gain.

“The physical nature of the building is the big issue, not the number of IoT devices. The more energy efficient the structure, the harder it is the get the cell signal. The home or office will have to have a solution like ours or there simply will not be a signal,” he adds.

Lucas says one of the biggest developments to ease this impending situation is Wilson Electronics’ new Multi-Tower Targeting Technology in its new Enterprise 1300/1300R and Enterprise 4300/4300R cellular amplifiers.

Before this technology was introduced, integrators often had to position the outdoor directional antenna to point towards just one cell tower. This meant that if there were multiple towers in different directions it was difficult to optimize for more than one cell carrier. Much of the time, integrators had to position the directional antenna to cover multiple carriers, which sacrificed signal strength and indoor coverage. 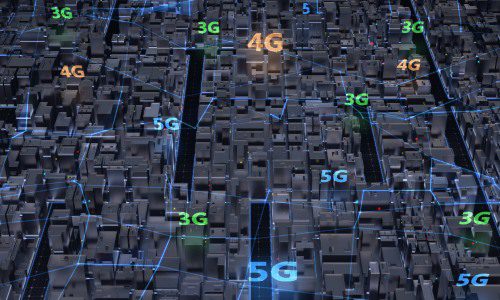 With Multi-Tower Targeting Technology, integrators won’t have to choose just one cell tower to point to. The system uses a three outdoor-antenna-port configuration to receive cellular signal from multiple cell towers at the same time. The technology will support three directional antennas, where each antenna can be optimized for one carrier on 700MHz, 1700MHz to 2200MHz, and 800MHz bands.

He says the technology is finding a niche in underground parking garages that have electric vehicle charging stations. Those charging units require the driver to use a credit card to pay for the charge, but the charger has to access a cell signal in order to complete the transaction.

“It’s a great business opportunity for integrators to install boosters wherever commercial charging stations are being deployed,” he adds.