Due to U.S government travel restrictions approximately 75 Chinese manufacturers will no longer be able to exhibit at ISC West.
Rodney Bosch
In recent years the China Pavilion at ISC West, located in a ballroom off the main hall, has attracted 70 to 80 smaller China-based manufacturers.
Article:
Events | ISC | News | Security
February 24, 2020

U.S. travel restrictions meant to curtail the spread of the coronavirus has led ISC West organizers to eliminate the China Pavilion section of the exhibits at this year’s event.

In recent years the dedicated exhibit space, located in a ballroom off the main hall, has attracted 70 to 80 smaller China-based manufacturers. That represents about 5% of the 300,000-square-feet of exhibition space the show features each year here at the Sands Expo Convention Center, according to Will Wise, group vice president, security and gaming portfolio, Reed Exhibitions.

ISC West is the flagship event of Reed Exhibitions, which also operates Asia-based events. Staff members from the company’s offices in China and Hong Kong have been working to contact vendors affected by the travel restrictions.

“The last two weeks they’ve been very diligently engaging with all the companies that were due to be at the China Pavilion, which is for a lot of smaller companies from mainland China, specifically,” Wise said.

“There has been a lot of diligence figuring out which companies can’t make it to the show because obviously nobody can travel at all from mainland China.”

Wise declined to discuss how much total revenue is involved from eliminating the affected exhibitors; however, he said those companies that already paid an exhibition fee will be credited the cost to attend the event in 2021.

“For any payments they’ve made for booth space already we are going to enable them to use credit toward next year,” he explained. “We’re just being sympathetic to the business condition they’re in. We plan to have signage that will list all the Chinese companies that were due to be at this year’s show.” 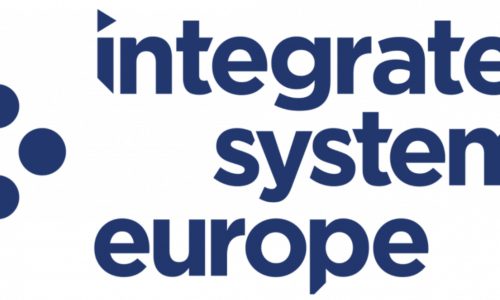 A pair of other themed exhibit areas dedicated for Taiwanese and South Korean manufacturers are not impacted, Wise said. Both pavilions will be located in the back left quadrant of the main exhibit hall. Other larger China-based manufacturers will be exhibiting with little to no impact, since they are able to staff their exhibit booths with U.S.-based employees.

On Feb. 2, the federal government temporarily banned entry into the U.S. for anyone traveling from China who isn’t a U.S. citizen, permanent resident or an immediate family member of either. Nearly half of China’s population — more than 780 million people — are currently subject to various travel restrictions, which has upended commerce across the world.

Wise said the travel restrictions are not expected to adversely affect the overall attendance of ISC West, which will be held March 17-20. The event is expected to attract around 30,000 attendees. For those with any concerns regarding the coronavirus, Wise is referring attendees to Reed Exhibitions’ statement, which is posted here.