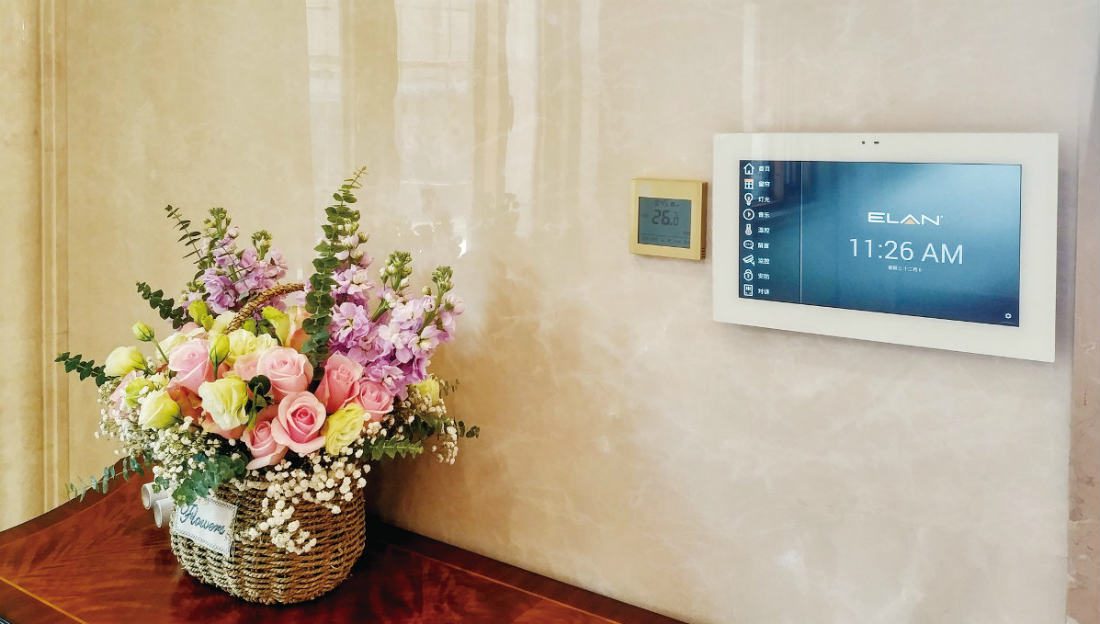 Thanks in part to an automated Elan sSC10 system, the DVACO Group integration team was able to provide whole-house Mandarin controls for this residence in Guangdong Province, China.

When you combine 200,000 square feet of living space with 700 lighting loads, 150 motorized shades, 110 HVAC zones, 25 surveillance cameras, 12 zones of audio, and eight zones of security, a control system is not only helpful—it’s essential. When the residence is located in Guangzhou City, Guangdong Province, China, having an interface that speaks the language is another critical component.

To tie the massive amounts of tech together under a single Mandarin-speaking control system, the home systems distribution and integration team at DVACO Group chose an Elan gSC10 system.

DVACO provide the owner of the villa with plenty of control options, including 18 Elan 12-inch in-wall touchscreens, five Elan remotes and the Elan app on several mobile devices. There are also 120 lighting keypads for quick and easy access to several preconfigured scenes. 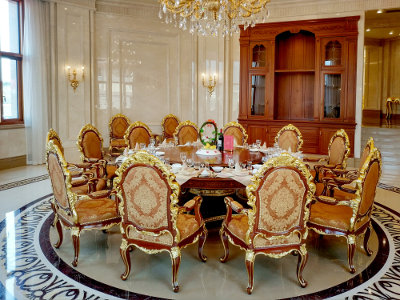 Thanks to Niles audio products and five
Fusion Research media servers, this residence
has music ready to go in any room.

As for the entertainment portion of the system, DVACO added multi-room audio with five Niles Auriel audio controllers/amplifiers and speakers, plus five Fusion Research Ovation Solo media servers to deliver streaming audio sources to all 12 zones.

“Our client wanted each room to have a dedicated Elan interface so there is always a touchscreen nearby that can change lighting or climate, and also function as an intercom to provide communication to every room,” says DVACO Group representative Anita Liu.

“One of his favorite features is the Sleep button, which was specially added to the bedroom touchscreen. When pressed it issues a command to close all the shades and turn off all the lights and music with a single tap. It even turns off the touchscreen itself, leaving only a single Night LED illuminated so any late-night trips to the bathroom or elsewhere are simple, without a bright light staying on all night,” says Liu.

“Because everything is in the same system, the owner can do whatever he wants from a single app,” adds Liu.

“It’s simple to make changes to lighting, or to check surveillance footage, or adjust the climate settings, so the owner is very pleased with it. He is never more than a few buttons away from his ideal home environment.”