KBIS/IBS 2019: The Qi wireless power standard for cellphones gets a wattage upgrade to power kitchen appliances with no cords, but prices could be steep.
Julie Jacobson

The Wireless Power Consortium demo'd at IBS/KBIS 2019 a Qi-enabled Philips mixer powered by a 'cordless kitchen' transceiver under the countertop.

At the recent Builders Show (IBS 2019) and Kitchen & Bath Show (KBIS 2019), the Wireless Power Consortium demonstrated its “Cordless Kitchen” concept, powering a Qi-enabled mixer from Philips on a standard countertop … with no wires anywhere in sight.

Nearly five years in the making, the Qi standard for cordless kitchen appliances is expected to bear fruit shortly, with the first compliant products launching “within a year,” according to a representative at the IBS booth. “We’re finalizing the standard now.”

Qi today is a popular standard for wirelessly powering cellphones, delivering 5-15w of power from pads that start at about $25 retail price.

The new cordless-kitchen standard can deliver 200w to 2.2kW through inductive charging, but prices will be considerably higher than the original Qi.

The Qi representative says the bill-of-materials (BOM) cost for a corded vs. Qi cordless appliance is just “a couple of bucks.”

On the other hand, components for the transceiver – the unit that plugs into an AC outlet and powers the Qi-enabled appliances – will cost about the same as the not-inexpensive transceivers used in induction cooktops.

She estimates the retail price could be about $100 to $200 per transceiver.

The Qi transceiver installs beneath a countertop, transmitting power through most commonly used non-metallic materials including granite, wood and composites up to 1 ¼-inch thick.

The units would be designed for 200-240v wall outlets, but “could also be designed to work on 100-120v outlets,” according to a Wireless Power Consortium white paper from 2017. 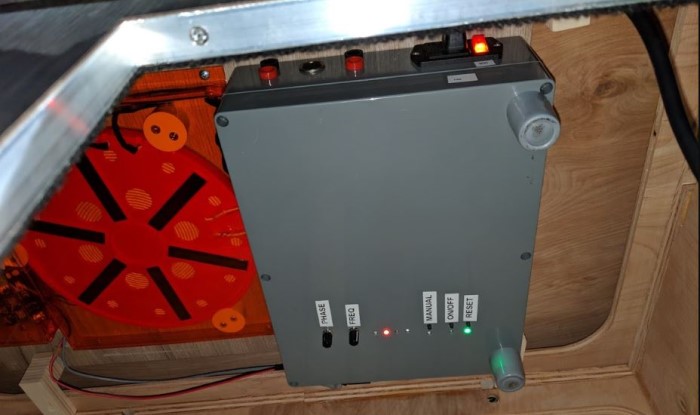 (Prototype) Qi transceiver installs below countertop to power kitchen appliances up to 2.2kw