Active optical fiber (AOC) failure rates can largely depend on crude testing that does not account for increased distances after adding passive HDMI extenders.
Jeff Boccaccio 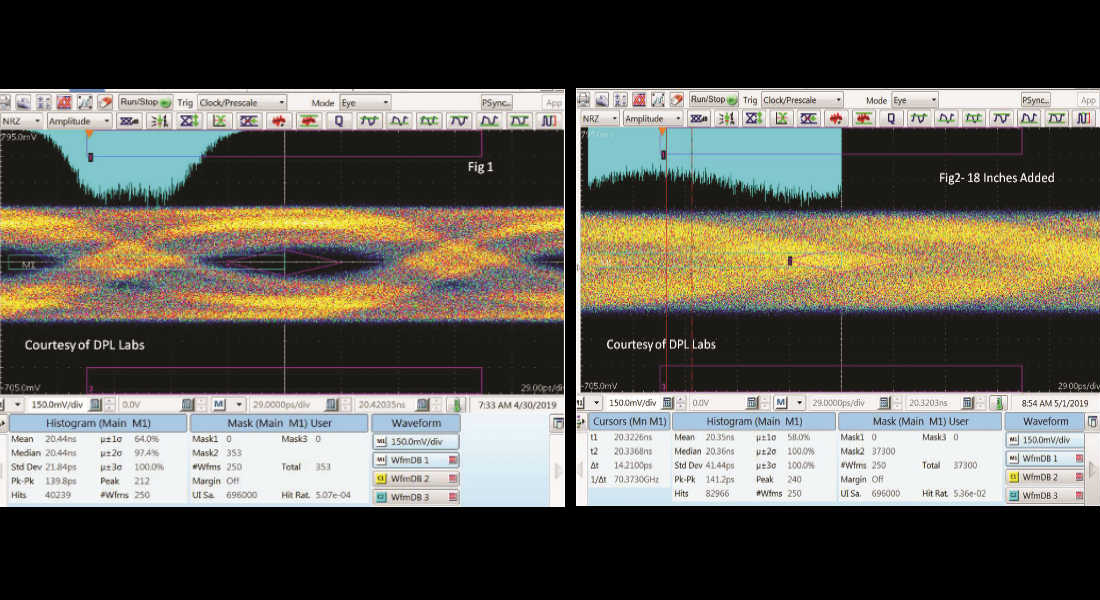 Fig 1 shows a typical active optical cable when it enters the display; Fig 2 highlights the increased loss with an extension of 18 inches added to the end of the AOC.

During our trip to Asia this spring we visited multiple factories that are heavy in the accessory side of the business, and learned more about the culture, especially interesting with the looming threat of tariffs.

Among our visits were meetings with manufacturers of wire, cable, and fiber (active optical cable, or AOC), which is becoming increasingly popular.

At one AOC factory we watched a large-scale production assembly. It’s always amazing to witness HDMI cable assemblers soldering small 30 AWG wire onto 1-millimeter solder pads without the help of supporting optics such as glasses or microscopes.

It’s a different story for AOC, where each fiber is laid in by hand. Then by holding the fiber in one hand and a steel pick in the other, the assembler dabs a small bit of glue to each fiber one at a time with the pick on a plastic mount.

After that initial production segment, the cable goes right to interoperability testing before completion. Auxiliary wires are bypassed so the operator can test to see if the fibers that were just laid down even work. That is logical since it would be a waste of time if the entire assembly was complete and then discovered it did not function.

The testing is crude at best, still using displays and an Apple TV as the Go/No-Go procedure.

Making matters worse, whoever set up the test procedure did not take into consideration the very small output a typical AOC produces. An active device is generally used to produce large signals, but now these signals are majorly attenuated so both source and sink electronics do not get overdriven.

For the first time, active cable products are being designed to work hand-in-hand with source and sink products they are mated to. This means the AOC output must be connected directly into the associated I/O for it to be most effective.

Fig 1 demonstrates what a typical AOC cable looks like at the point it enters the display.

Fig 2 shows the AOC with 18 inches added to the end of the AOC. Notice substantial loss (it increased testing at six and 12 inches too).

Get the point? In the production test procedure, the operators are not plugging and unplugging from the source and the sink. Instead, they built extension cables to be used as sacrificial test fixtures so when they wear them out, they can be replaced.

Read Next: Boccaccio—Don’t Leave Test Results of Eye of the Beholder

Just one problem — the AOC is not designed for that extra distance on its output. So, depending on what display they use for the test can determine the outcome.

This can become serious for integrators. Using any passive extension cable on an AOC’s output is not a good idea. When tested here in the lab failure rate for such setups was significantly higher than when direct. We have informed our DPL AOC achievers that a disclaimer should accompany each product.

As more companies move out of China they are finding the workforces in other countries is not what they expected. The big questions are whether the tariffs happen and if not, how many forms may have jumped the gun? Time will tell.