When Is the Right Time To Fire a Client?

Integrator describes the tough decision to 'fire' a client after the homeowner messed with the installation, then complained it didn't work.
Willie Montoya 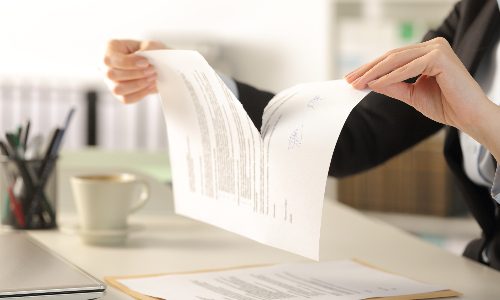 It's never an easy decision to let go of a client, but at a certain point it is often the right thing to do for small businesses.
Article:
Business Support | News | Operations
February 18, 2021

When Is the Right Time To Fire a Client?

Over the past 40 years, I have fired only a handful of clients. I have never taken this event lightly and toil over the decision greatly before making the final decision. Some clients are just so indignantly abusive the decision was easier and I never really looked back. Others were more difficult just because they thought they were right about the access to other integration and IT persons while making you responsible for the resultant failure of a very complex system. In any event, my personal experience with losing a client is never quite settling.

One such client came as a result of personal conflict within our families. A recommendation came from a common relative not to “use” me any longer because of personal reasons. This individual was spiteful over an event that was totally unrelated to the performance of the system that I had installed. Never the less the homeowner allowed a third party integrator into his home to try and understand the system.

After unplugging many network connections and undoing the network map I had created, the third party integrator gave up and reported to the homeowner that the system was beyond his capabilities. Subsequently, the homeowner reported to me that his system was not working (he did not inform me of another integrators attempt at understanding the system).  After many hours of labor I was able to return the system back to its original working order.

Several months went by without necessity of any service calls when the homeowner reported that his system was no longer working, specifically his PC driven surveillance system. After a second integrator’s attempt at understanding the system, he gave up and reported that the system was beyond his capabilities. I was not informed that yet another individual had attempted to understand the automation system.

When I arrived at the home, the surveillance monitor had a frozen image of the second integrator’s face opening the equipment closet door. When I confronted the homeowner about the absolute evidence of a second attempt by some other individual being in the closet, he reported that one of his business IT employees was “helping him.”

After several hours of labor, I was able to return the system back to its original working order. I did however inform the homeowner that I was no longer willing to work on the system that I had so diligently worked on and was extremely proud of, effectively firing this homeowner.

Several weeks later, I was driving by the homeowner’s property on my way to one of the many other projects I had in the area when I notice several vehicles from another integration company parked in his driveway. It was much like seeing an old love with another man.

I submit this writing to begin the healing process from an event that has plagued me since its occurrence. I may not be the finest or the smartest integrator on the planet, but I have always made up for my shortcomings with hard work and dedication to each project and homeowner that I take money from. Like a marriage, my clients and I develop close relationships. I have always said that we have to like each other.

I have always done my best to keep their homes safe with security, surveillance, networking and smart home technologies and these efforts will re-enforce these bonds. Oftentimes, my clients allow me access to their properties while they are not in attendance, as was the case of the homeowner I write about now. This implicit trust is a testament to my dedication and trustworthy disposition towards my clients. For a client to allow some other party access to one of my projects was tantamount to hearing about an affair from your spouse.

Although sometimes difficult, there is a time to fire a client.