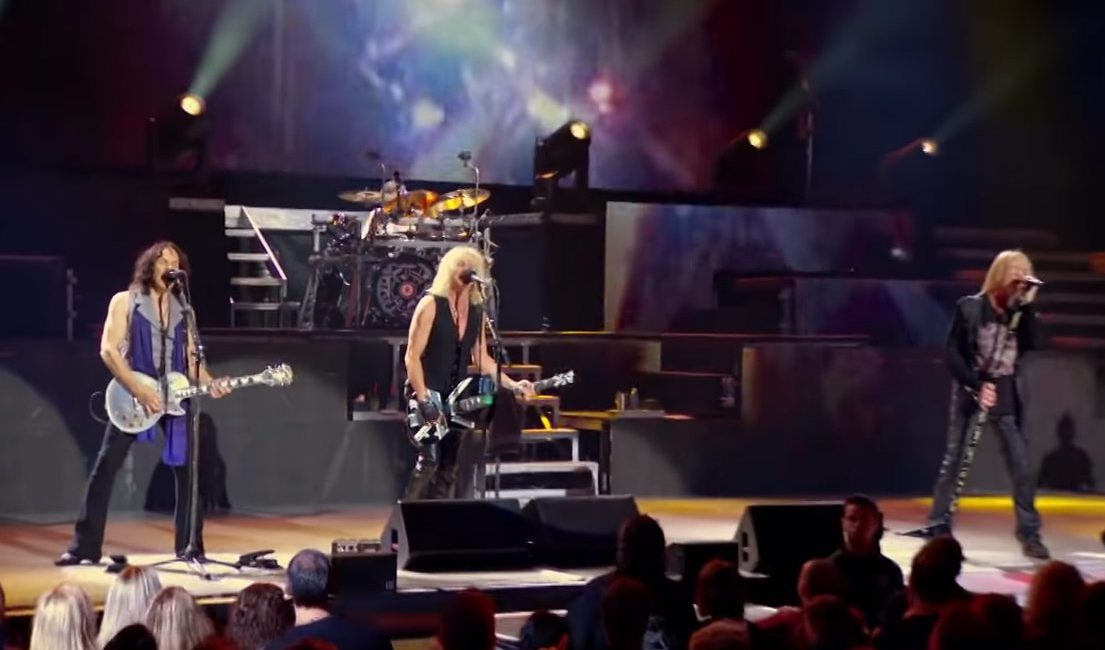 Def Leppard was one of 2019's most anticipated additions to the Rock and Roll Hall of Fame, gaining entrance to the hall alongside Janet Jackson, Radiohead, and others.

In a highly controversial announcement, the Rock & Roll Hall of Fame recently released its 2019 Inductees.

Presented by Klipsch Audio, the hall's latest class cites the accomplishments of The Cure, Def Leppard, Janet Jackson, Stevie Nicks, Radiohead, Roxy Music and The Zombies as the most deserving acts of this year's nominees, which also included Rage Against the Machine and MC5.

The induction ceremony is scheduled to take place on March 29, 2019 at the Barclays Center in Brooklyn, New York, and in conjunction with the event, the Rock Hall will unveil an inductee exhibit in Cleveland, the home of the hall of fame.

Klipsch says that ballots were sent to more than 1,000 artists, including music historians and members of the music industry.

Four of the top five artists from the fan ballots—Def Leppard, Stevie Nicks, The Cure and The Zombies—will be inducted as performers, and Klipsch adds that a limited amount of tickets for the ceremony in Brooklyn will be made available to Hall of Fame members and Donors of the Supporter Circle in a presale event.

Setting social media on fire, the announcement of the 2019 class drew the ire of some music fans for placing Jackson, Radiohead, and Roxy Music in the hall.

This isn't the first time the hall has been under fire for its choices, but the tide did appear to be turning for the organization after placing respected acts like Rush, Kiss and Deep Purple into the Hall of Fame over the past few years.

There are a few reasons why music fans may be questioning this year's grouping:

Jackson's best work has come through numerous collaborations with Jimmy Jam and Terry Lewis, who really should be inducted with her based on their respective contributions to her records.

Radiohead hasn't been in the public eye for a while, as they don't tour much anymore and don't get a lot of radio play. The perception of Radiohead from some rock fans is that of a pretentious, self-important band that couldn't share a stage with an energetic, politically-charged band like Rage Against The Machine.

Based on the results of this year's ballot, it once again appears that fans got it right, while the nepotism that rules the music industry has once again made the hall look bad.

With that all said, the Hall didn't get everything wrong. The 2019 class does include some well-liked and historically significant rock bands like Def Leppard, The Cure, The Zombies, and Stevie Nicks for their contributions and impact on rock and roll.

In addition, let's thank Klipsch for helping to support rock music in an era where actually having the talent to play instruments and perform live are secondary skills that often take a backseat to how someone looks and how marketable a performer is on the Internet.

Is the Hall of Fame Out of Touch? You Decide

We'd like to know your opinions on this year's Rock and Roll Hall of Fame class. Do you think all of the artists are deserving of a spot? Has the Hall of Fame lost touch with its fanbase? Let us know in the survey below!