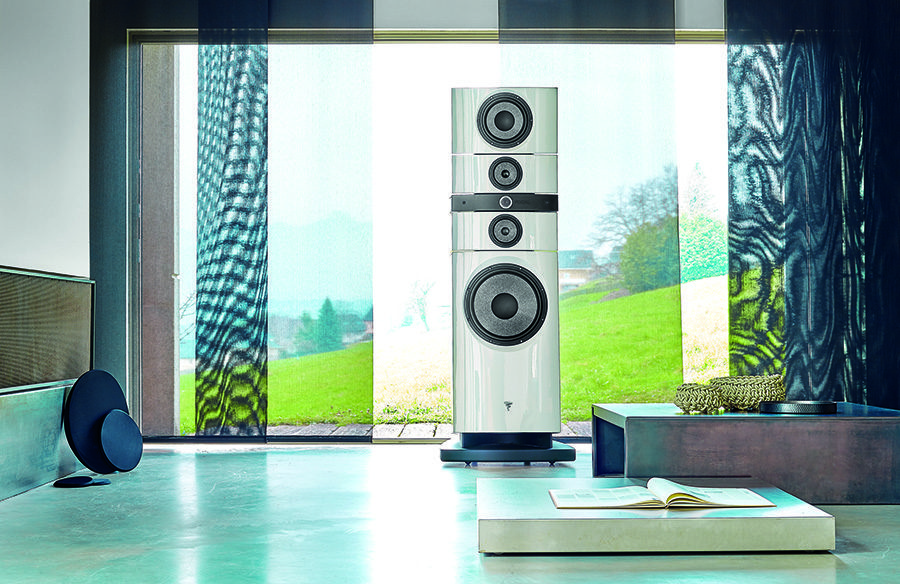 Available through its American distributor Audio Plus Services, the Utopia III Evo series was first introduced back in 2008. The new speakers are designed to complement the rest of Focal's line thanks to a few features, including Tuned Mass Damping (TMD) suspension and its Neutral Inductance Circuit (NIC) technologies.

The new products incorporate the company's TMD suspension to help the speakers to produce a linear frequency response between 1kHz and 4kHz, while also reducing distortion.

The speakers include Focal's MRR design, which is a rigidity solution comprised of solid aluminum machined for placement between the front of the speaker and the speaker driver basket.

The crossover networks on the speakers feature new components, and a new design that helps the products to produce, “[a] bass register [that] is immaculate, with a new acoustic wadding for extremely restrained, controlled bass.”

The Focal Grande Utopia EM Evo retails for a price of $120,000, and the company specifies the speaker to produce a sensitivity rating of 94dB, and a frequency response of 18Hz to 40kHz.

The Focal Stella Utopia EM Evo retails for a price of $65,000, and the company specifies the speaker to also be 94dB sensitive, and its frequency response to be 22Hz to 40kHz.