The Rotel 60th anniversary kicked off this year, and over the course of its history, the company notes that it has earned recognition for its products’ performance and value since Tomoki Tachikawa first launched the brand in Tokyo, Japan in 1961.

According to the company, for the past 60 years, generations of audio enthusiasts, music lovers and studio engineers have experienced its commitment to quality and innovation from the family-owned heritage brand. The passion, dedication, and continued investment from the Tachikawa family have benefited Rotel for over six decades, ensuring continued technology and product advancement.

“The continuation of Rotel’s heritage is personal to me and my family – building on the legacy created by the founder, my uncle, Mr. Tomiko Tachikawa,” comments Peter Kao, managing director of Rotel.

“The family has never lost sight of our most valuable resource and asset, which is the generations of satisfied Rotel product owners who we consider part of our extended family. I am proud to be a part of such an exceptional community, and proud to have reached this milestone that represents our dedication to audio excellence and tradition.” 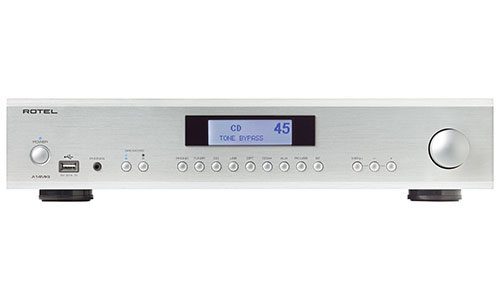 Rotel points out that since its inception, Rotel has delivered over 2,000,000 products with 630 unique models, including 100 integrated amplifiers, 85 power amplifiers, 35 control preamplifiers, 40 CD player models, 30 home theater processors/ receivers, over 50 cassette decks, more than 35 turntables, and over 120 different models of tuners and AM/FM receivers.

The Rotel 60th anniversary kicked off earlier this year with the release of five new MKII models:

Continuing the Rotel 60th anniversary celebration, the brand plans to continue the release more products throughout the year that include special, limited edition anniversary models.