Why One CE Pro 100 Dealer Swears by Screen Innovations Products

Why One CE Pro 100 Dealer Swears by Screen Innovations Products

Based in Jacksonville, Fla., CE Pro 100 integration company Atlantic Home Technologies has been around long enough to see quite a few manufacturers attempt to enter the residential AV market with mixed success. Instead of testing the waters with relative newcomers, Atlantic’s division director John Prince II has remained loyal to companies he trusts like Screen Innovations (SI) to provide his customers with the best products available.

Atlantic Home Technologies has been with Screen Innovations for the last eight years, primarily installing its screens, but has seen a recent surge in customer interest in SI’s motorized shading products like the Nano Indoor and Zen Outdoor products, both of which have helped SI earn a CE Pro Bullet Brand designation for 2020 in the shading market.

As soon as he received calls, Prince knew he had to make sure Atlantic was stocked up and ready to help its customers. Thankfully, SI’s excellent service team made it easy for Atlantic to learn how best to use the products during an install.

“Our experience with SI in the past…the tailored, personable crew and tech support, we knew that if there was anything we needed that was out of the ordinary, [they would be] quick to answer the phone.”

This peace of mind made it easy for Prince and his team to incorporate the shading products into their installs, and allowed him to pair both screen and shading products together during larger jobs. 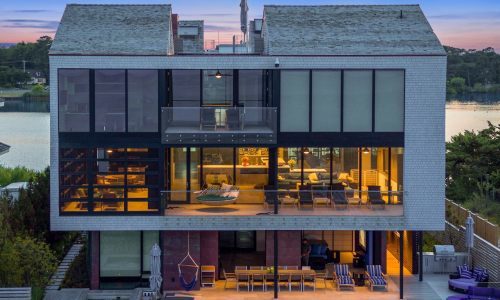 This newfound customer interest in Screen Innovations’ shading products hasn’t quelled their desire for the latest in high-end screens though, as Prince has seen lots of interest in both the Black Diamond and Zero-G screens. The Black Diamond is a huge seller for Atlantic, which SI says has 900% better contrast compared to matte white or grey screens.

Similarly, Atlantic has been using the Zero-G for its ability to drop down from the ceiling and provide designers and integrators very fine lines that make the screen appear to float.

“From a basic big screen to these very intricate drop down floating screens, [Screen Innovations’] products just present so well,” comments Prince. “Above all with SI was the quality of product that you get. In this industry you are supposed to get what you pay for, and that’s definitely the case with SI. It’s a top quality brand.”