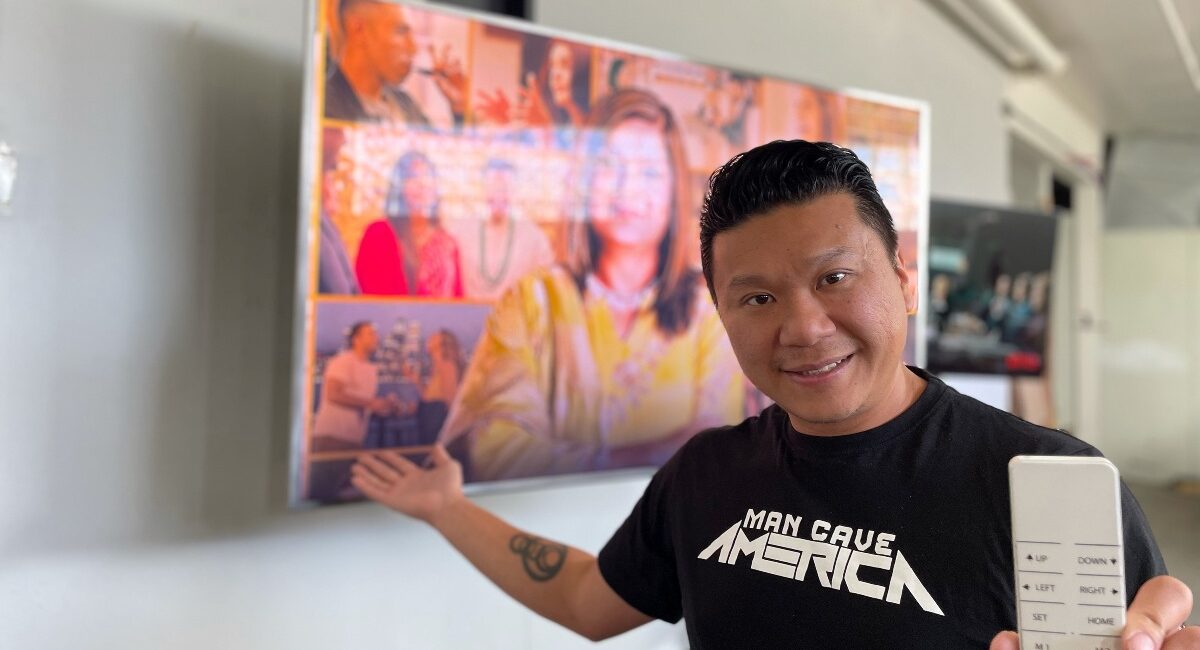 Henry Liu of Man Cave America says motorized mounts capable of both horizontal and vertical pivots are flying off the shelves.

It used to be standard practice to try on clothes or shoes before a purchase; now, consumers order these items online armed with just their sizes and style preference. Beds are being bought without laying in them to test their comfort level. Laptop computers, as well as desktops, are being ordered based on tech specs only. And the list goes on.

It’s no different for TV mounts. Consumers looking to install their televisions over a fireplace or high on a wall can conduct an online search, read the reviews, and make their purchasing decision without ever putting the unit to the test or seeing it in action.

Henry Liu, owner of Man Cave America in Alameda, CA, is well aware of this trend. Liu, whose company specializes in custom integration – selling and installing a wide range of high-end smart home, security, and A/V products – understands the convenience of the online shopping experience. Still, he is equally aware that seeing a product in action, especially a wall mount, can showcase its capabilities so effectively, it practically sells itself.

Such is the case with the MantelMount Pull Down TV Mounts that Liu carries in his store. MantelMount units not only offer side-to-side swivel but also vertical motion (up to 26 inches). This allows consumers to mount their television over a fireplace – an extremely popular mounting option – and easily pull it down to eye level for the perfect viewing angle. In doing so, they not only enhance their TV-watching experience, but they also alleviate the neck ache and eye strain that can result from watching a TV that’s mounted too high.

Liu, who carries the full line of MantelMount products, has a television mounted on each one. They are all prominently displayed, with the MM540, MM700 and motorized MM860 on one wall, while the MM340 sits across from them on the opposite wall. According to Liu, when consumers first come across the mounted TVs in the showroom, they are immediately curious.

“Just about everyone who sees the mounts asks about them. They are an instant draw for our customers,” says Liu, who started Man Cave America back in 2011.

“But that’s just the beginning. Once we explain what the mounts are and how they function, most customers want to try them out, and we certainly encourage that. They see how easy it is to move them up and down. They can feel the quality construction. And most importantly, they see how it brings the TV down to the optimal viewing angle, which is right at eye level.”

The allure of the MantelMount units, on full display in Liu’s showroom, has certainly impacted sales of the product. Liu estimates that he sells “two to three” per week, with the MM700 leading the way. At first blush, that may not sound like an impressive number, until you realize that translates to between 125-150 units sold per year. That adds up to a tidy little revenue stream that not only puts more coin in Liu’s pocket but also helps him and his company solidify their customer relationships.

“From a business standpoint, we obviously welcome the extra revenue that comes with the sale of a MantelMount unit,” says Liu. “But it also allows us to spend more time in the customer’s home, which helps foster a more personal connection. Many people who wouldn’t require an installer for their TV opt to use one for the MantelMount. So we have the chance to spend more time with them and build a ‘stickier’ relationship.”

What’s more, once in a customer’s home, Liu’s installers can see what kind of smart devices, security systems, or other AV equipment the customer has – or doesn’t have. And that naturally, leads to additional sales opportunities.

“When it comes to upselling the customer, a MantelMount unit can help us get a foot in the door – literally and figuratively,” says Liu. 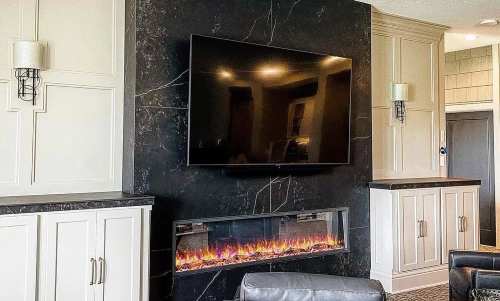 The most dramatic reactions in the showroom come from consumers who weren’t even aware that vertical pulldown mounts exist.

“Most people have heard of fixed wall mounts, and even side-to-side [swivel], but there are still folks who aren’t aware of mounts that can move up and down,” adds Liu, who has been carrying MantelMount products for about seven years. “We often hear a customer tell us they wish they knew about these types of mounts years ago when they were deciding where to put their TV. They wanted to mount their TV over a fireplace but hated the viewing angle…”

While Man Cave does sell competitive mounts, they have found that the MantelMount products seem to generate the highest level of customer satisfaction. Before starting Man Cave America, Liu was part of a family business that manufactured TV mounts, so he also sells his own brand. The house brand sells well, although it doesn’t offer vertical movement and thus can be sold at a lower price point.

Liu admits that not everyone necessarily needs or wants a mount capable of vertical movement, as a fixed wall mount placed at eye level may be just fine for some people. But there’s something about seeing the MantelMount in action and testing it out personally that turns curious prospects into buyers.

“We see it every day,” says Liu. “When it comes to selling MantelMounts, the phrase ‘seeing is believing’ was never more accurate.”