Fred Rosen recently talked with CE Pro about the hardware and networking requirements for Red Carpet's movie streaming service, as well as what sort of dealer support options are available.
CE Pro Editors 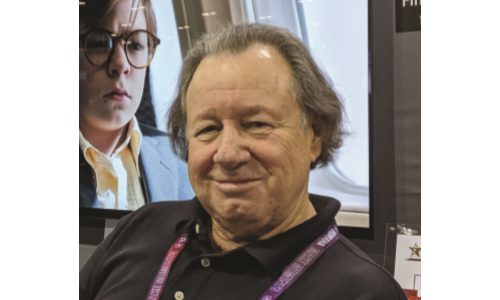 Recently, CE Pro sat down with Fred Rosen, founder and CEO of Red Carpet Home Cinema to discuss what sets the company apart from other similar yet unsuccessful companies, the necessary hardware requirements to stream first-run movies and more.

The install market has seen other attempts at bringing first-run movies into homes; how will Red Carpet Cinema succeed where the others have failed?

It’s fascinating that that question gets asked all the time. Prima [Cinema] was the DeLorean of the business. Prima failed like DeLorean, but that didn’t stop people from buying cars.

Prima required you to buy a system for $35,000 to $40,000 and it required you to replace your system. Our system doesn’t … it will work with any system that has an HDMI connection and a static IP address.

With us you have a much different offering. You have about half the movies that come out and eight studios. Warner Bros., Paramount, Fox, MGM, Lions Gate, Annapurna, STX and others, they are on our site. What amazes me is not one person has said to me, ‘You must be OK, because the studios are giving you a $100 million worth of movies.’ I think that’s a pretty good answer.

What we have is a product that helps integrators sell their high-end systems. That is my view.

What are the hardware requirements?

There is a media server that goes into a rack, and fundamentally there is an IP address. We have contracts with studios that require security protocols that are supported by the static IP address, so that’s why we require [one].

We are not involved in anything else. People have their big screens and their televisions. We have a responsibility to the studios. In the end, you know some people go to Harry Winston and some people go to Kay’s.

Do systems support technologies such as 4K, HDR and Dolby Atmos?

For those with our systems, not once have they complained about the quality of the picture or sound because it’s the same files the cinemas use.

Can you outline some of your longterm goals? 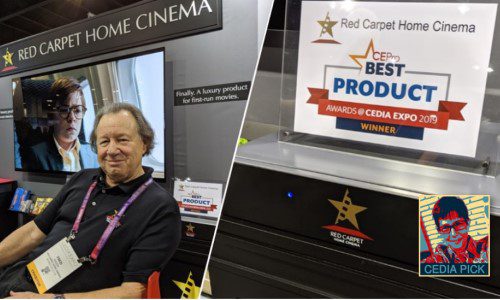 We are looking to build the business and achieve market penetration. We will look to expand our rights to other territories.

This is a relationship business. It’s about trust, and we’ve worked hard at this. Danny [Fellman, board member and past president of domestic distribution at Warner Bros.] has been in business for 50 years and I’ve been around forever too, and it’s important to maintain studio relationships. It’s a limited audience. I’ve always believed there is a luxury business in this company. I like to think of it like going to a sporting event. People can go to a basketball game and sit in the expensive floor seats or they can sit in the last row. Red Carpet Cinema is like a luxury floor seat for the movies.

What are the network requirements to ensure the Red Carpet Cinema system runs to it full potential?

The movie is also available for 30 days, but once you open the file you get two showings for a 36-hour period.

What kind of support does the company have in place to ensure dealers can deliver on the promise of the service?

We work with the integrators. If the machine breaks, we will replace the server. People can easily access us, they have our email addresses, there’s an 800 number and some have our personal numbers.

We understand the audience we are dealing with. This audience requires access to senior personnel. Service issues may be as simple as resetting the server because of a power outage, but regardless this audience expects a high level of service and responsiveness. This audience does not have patience for things that don’t work