Do You Have a Super Bowl Contest Going? 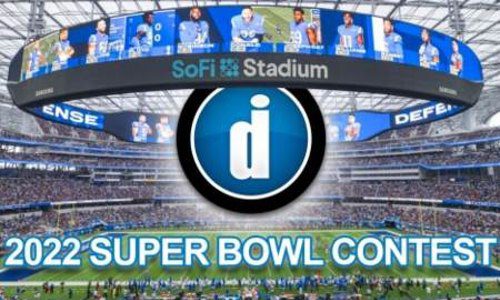 Do You Have a Super Bowl Contest Going?

Every integrator knows the Super Bowl is a strong driver of big screen TV and projector sales and installation. For some integrators, each week in which their hometown team wins in the NFL playoffs can result in double the previous week’s TV sales.

So, with hometown L.A. Rams in the Super Bowl this year and the game itself taking place at SoFi Stadium in Los Angeles, CE Pro 100 integrator Digital Installers is aiming to make the most out of the game with a special Super Bowl contest for its clients.

Based in Long Beach, Calif., just a short drive south on the 405 Freeway from SoFi Stadium in Inglewood, Calif., Digital Installers launched its 2002 Super Bowl Contest a few weeks ago, before the Rams and the Cincinnati Bengals were determined to be the teams facing off. The Super Bowl contest is free to enter.

“We appreciate our customers and want to make this Super Bowl even more exciting!” says the promotion. The Super Bowl contest Grand Prize for the randomly selected winner is a movie night for eight people in the Digital Installers showroom, dubbed “Di Studios,” with hors doerves, candy and drinks (a $1,000 value). Second prize is a free round of golf at Pebble Beach or any of the 84 championship courses on the company’s Full Swing golf simulator in the showroom, along with refreshments (a $500 value). Third prize is a Rabbit Electric Wine Set (a $60 value). 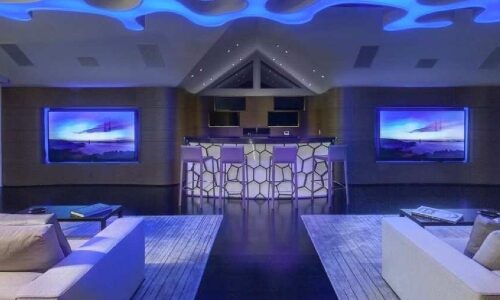 To make the free entry for the Super Bowl contest even more exciting, customers are asked to make several predictions about the big game, including which team will win, which QB will have the most passing yards, how many points will be scored, who will win the coin flip, and more game-related questions.  For the casual fans, the entry form asks entrants to predict if Snoop Dogg will mention Long Beach or “LBC” during the halftime show, and “What color liquid will be poured on the game-winning coach first?” Options are “lime/green/yellow, orange, red, clear or blue.”

Digital Installers is the No. 77 company on the CE Pro 100 with more than $4.1 million in revenue. Run by Rusty Deeble, the company has been in business for 20 years. Deeble routinely builds creative promotions around big events for his local clientele.

Back in 2019, which was the last time the Rams were in the Super Bowl, SoCal integrator Just One Touch held a watch party for 400 top clients, showcasing five giant Samsung 8K TVs. That year the Rams were beaten by the New England Patriots 13-3.