Research indicates that revenue from TV displays is expected to grow from $33.2B in 2020 to $47.4B in 2025, with high-end TV helping drive the market.
CE Pro Editors 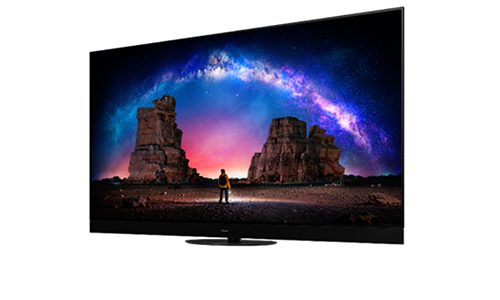 OLED displays like this Panasonic JZ2000 are starting to become the most popular displays on the market, and Omdia expects this trend to continue into 2025.
Article:
Audio/Video | Displays | News
March 29, 2021

Don’t look now but the high-end display market might be in for a big boost soon. According to research from Omdia, around 30% of all TV displays sold by 2025 will be high-end models.

Omdia says that while TV shipments are trending down on a unit base each year, the percentage of high-end displays sold has been increasing annually. In 2020, display shipments reached 276M, with 272M of those being LCD TV panels and 4.4M of those being OLED TV panels. 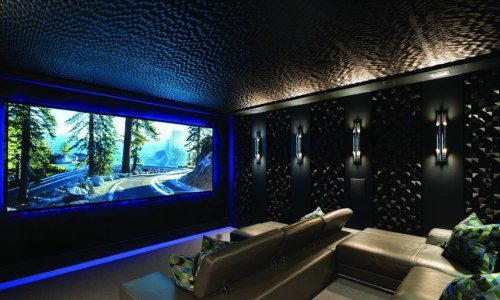 Related: Top 5 Home Tech Trends for 2021: Home Theater Is Hotter Than Ever

However, in 2021, integrators can expect display panel shipments to reach 274M units, a 1% year-over-year decline, which Omdia says is due to the maturity of the TV market.

But with many new picture and performance improvements on the horizon, technologies like QLED, OLED, and Mini LED are causing more consumers to be interested in upgrading displays.

High-end TVs are also benefiting from a subset of consumers who prefer larger displays, as well as a reduction in price across the board. In addition, improvements to the reliability of high-end displays have boosted consumer confidence. Consumers are also gradually starting to pay more attention to picture performance and form factor, which are both major elements of high-end TVs.

“We see the whole TV display supply chain, from the component and materials suppliers, display manufacturers, Mini/Micro LED makers, backlight assemblers TV OEM ODM and retailers are more devoted to the high-end TV. OLED TV and QLED TV have won the hearts of the premium TV consumers and keep expanding. 2021 can be viewed as the first year for the Mini LED Backlight LCD TV and QD OLED TV to start,” says David Hsieh, senior director, displays research at Omdia.

“In the long term, Micro LED TVs and QNED TVs will take [over] the premium space. All of [this research] is pointing to the promising future of the high-end TV display…”

Historically, LCD panel prices have gone up and down cyclically, but high-end TV displays with their larger size and improved specifications (especially QLED and OLED) will be crucial to enlarging the total market scale of high-end displays.

Omdia indicates the total revenue from TV displays is expected to grow from $33.2 billion in 2020 to $47.4 billion in 2025, with high-end TVs helping drive the market. Revenues for high-end displays are forecasted to reach $27.1 billion in 2025, surpassing standard LCD TV display revenues, and taking 57% market share of all displays sold.