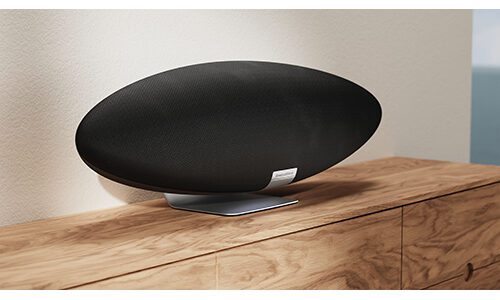 The all-new Zeppelin from Bowers & Wilkins will be available for $799.

Fast forward 14 years and the global audio company is relaunching the Zeppelin all-in-one speaker system to offer homeowners a smarter and more flexible home audio solution. Bowers & Wilkins states that acoustical performance of the product is defined by its shape, and the newest version of the speaker system is engineered to produce high levels of sound quality.

Bowers & Wilkins points out the new speaker system features dedicated left and right speaker assemblies that flank a centralized subwoofer. These drivers are powered by 240 watts of amplification, and these components are housed in a rigid, FEA-optimized enclosure.

Highlighting the design of the new Zeppelin, Bowers & Wilkins explains the speaker system utilizes a pair of its Decoupled Double-Dome tweeters that were originally used in the company’s 600 Anniversary Series products. The tweeters are paired with 90mm (3.54 inch) midrange drivers that use the company’s Fixed Suspension Transducer (FSTTM) technology, which can be found in products that include 800 Series loudspeakers.

Rounding out the new Zeppelin’s driver array is a 150mm (5.90 inch) woofer, which is mounted in the center of the speaker’s enclosure to minimize unwanted “rocking” of the cabinet to help the system produce clean lower frequencies. 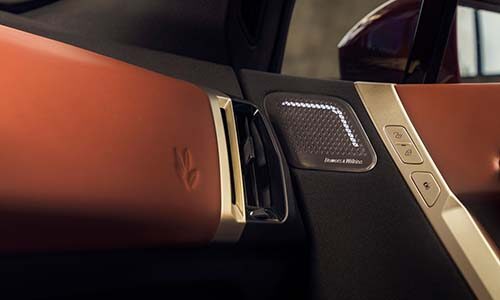 Supporting a range of sources that include computers, Apple iOS devices and Android-based products, the new Zeppelin provides a choice of Apple’s AirPlay2 wireless streaming platform, as well as aptX Bluetooth.

The all-in-one speaker also includes Spotify Connect, and Bowers & Wilkins notes that users can control the Zeppelin with its Music App, which provides access to streaming services that include Deezer, Last.fm, Qobuz, Soundcloud, TIDAL and TuneIn.

Looking ahead, the company emphasizes speaker system is designed for long-term use through the upgrade architecture of its “digital brain,” which includes multiroom option capabilities that will be available in early 2022 with plans for compatibility with its Formation range of whole-house audio system products.