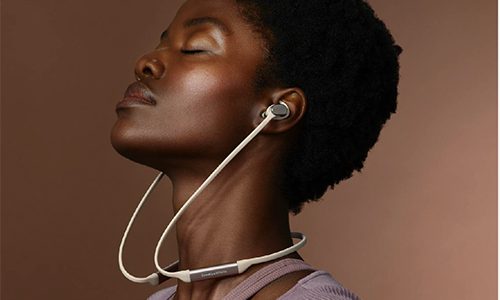 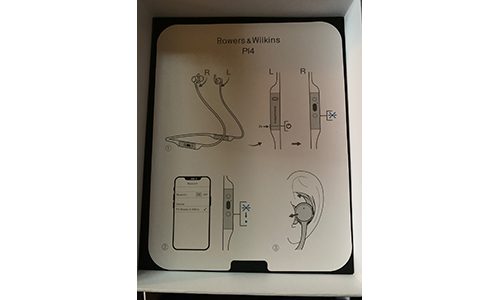 The home audio market is a mixed bag of growth and waning business, but one category that’s been growing steadily for well over a decade is headphones.

Identifying the growing popularity of headphones during the early stages of the category’s surge was the loudspeaker company Bowers & Wilkins when it entered the headphone category back in the mid-2000s. Since then the company has built a formable line of products that balance the desires of luxury buyers and audio enthusiasts.

In my opinion, it’s really difficult to differentiate one pair of headphones from another when comparing specifications. This makes buying headphones online really hard.

Headphones are products that you have to listen to and at least hold in your hands to get an idea if they are a product you should buy.

This is why dealers are critical and supporting dealers’ ability to carry these products, the look, feel and overall build quality of the Bowers & Wilkins headphones products are better than other products at similar price points.

As for those specifications:

The PI3 is an all-around headphone that delivers up to eight hours of battery life and it utilizes the aptX Bluetooth protocol to help ensure sound quality. The PI3 also comes with a microphone to facilitate phone calls.

PI4 in-ear noise-canceling wireless headphones are designed by the same research & development (R&D) team that developed the company’s 800 Series of loudspeakers. Internally the PI4s incorporate 14mm drivers, active noise canceling and the aptX Bluetooth protocol. Bowers & Wilkins adds the earphones also deliver up to 12 hours of battery life, and convenience magnets that clip the PI4s together when they aren’t in use.

Moving on to the on-ear models, the wireless PX5 incorporates adaptive noise cancelling, and 35mm drivers. Designed by R&D team that developed the 800 series of speakers, the PX5s provide up to 25 hours of battery life, and they come with Bowers & Wilkins’ convenience technology that stops the audio when an ear cup is lifted up.

Rounding out the four new products, the PX7 is a set of headphones that draws inspiration from race cars with its woven fiber composite arms. The PX7s deliver up to 30 hours of battery life, and they offer the same features as the PX5s.

Setting up or connecting the headphones was easy. In my case, I connected the various headphones to devices that included an iPhone XR, an iPad Mini 2 and a MacBook Pro.

Each product comes with a card that provides a visual step-by-step tutorial that spells out how to connect your devices. I connected the headphones to my iOS devices and my work laptop in a matter of minutes, and each time I powered up a device for use reconnecting is just as easy.

In order to set up the headphones, it’s as simple as pressing a button on either earphones or flipping the power switch on the headphones, then opening up either system preferences or iOS settings. Next select your Bluetooth and then select the respective pair of Bowers & Wilkins headphones.

The headphones come from the box with a charge so you can use them right away, which is great if you get as excited as I do when I’m about to try a new set of headphones.

I can’t comment on how the headphones connect to Windows-based computers or Android-based smart products, but I would think the setup process is just as fast and simple as what I experienced with my Apple products.

The over-the-ear models fit snuggly and covered my ears well to block out outside noise, while the in-ear earphone models also provided a nice level of isolation to keep outside noises from distracting from my listening experience.

Listening to a variety of music, as well as content from streaming services such as Amazon Instant Video and Netflix, and content from YouTube, I thought all of the headphones provided a really smooth and balanced listening experience that was full, uncolored and neutral. 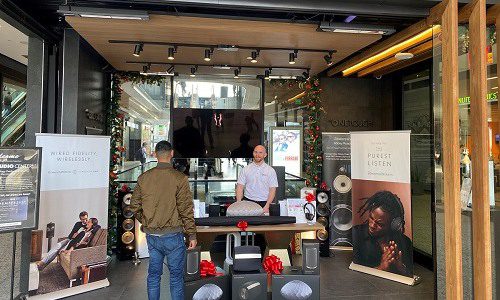 Music is delivered with a high level of detail.  Using the service I subscribe to—Apple Music—and listening to bands like Covet, which feature the superlative guitar playing of Yvette Young, I thought the headphones reproduced the band’s “Effloresce” album quite spectacularly.

The record has a “demo” low fi sound to it and it’s driven by Young’s ability to play complex melody lines through her unique “tapping” approach that includes the use of ambient effects and alternate tunings played against the band’s rhythm section, which often plays against her melodies.

Listening to this record, I could easily hear the oscillation and decay of her analog delay effects and synthesizer-type pedals clearly, along with the kick drum, various tom drums, and bass lines all within their own space in the album’s mix.

Using the PX7s specifically, the bass is punchy without any “flabbiness” to it; the midrange is detailed, and top end is extended without being thin or brittle.

The in-ear models deliver similar levels of performance. Listening to the rough mix of “No Quarter” from the released “Houses of the Holy” record from Led Zeppelin I could hear tape hiss throughout the recording to show the age of the song using the PI4s.

Overall, I think the Bowers & Wilkins line of headphone products are excellent sounding and well-designed, but I did encounter a few small quirks.

My only complaints with the headphones are with the PX7s. They are a bit “stiff” feeling in terms of their comfort, but once I focused on the content I was watching and listening to I never noticed the “stiffness” of the headphones.

The auto-off convenience feature of the on-ear models was also a bit frustrating at times. Wearing the PX5s in the office I would try to slide the headphones off to speak to coworkers and the headphones would stop audio when I didn’t want them to. The PX7s also did the same thing over the holidays when I was trying to show a friend my new Strymon Iridium guitar amp modeling pedal.

The pedal includes a headphone output to allow users to use the pedal as a practice tool. I tried passing the headphones to my friend so he could hear the sound of the pedal as I played, but the PX7s shutdown and my friend kept asking, “what happened to the audio?”

People that exercise may find the weight of the Bluetooth and controls a bit much with the PI4s. Performing exercises such as crunches, sit ups, reverse crunches, etc., the weight of the electronics would pull the earpieces from my ears as I would lie on the floor with my head slightly off the ground.

Minor complaints aside, the Bowers & Wilkins line of headphones provide users with a choice of competitively priced in-ear and on-ear headphones that are easy to connect and use … and most importantly all four models produce high levels of sound quality.

If you are in the market for a new set of headphones that offer wireless and wired (on-ear) connectivity,  the Bowers & Wilkins products should be at the top of anyone’s list.