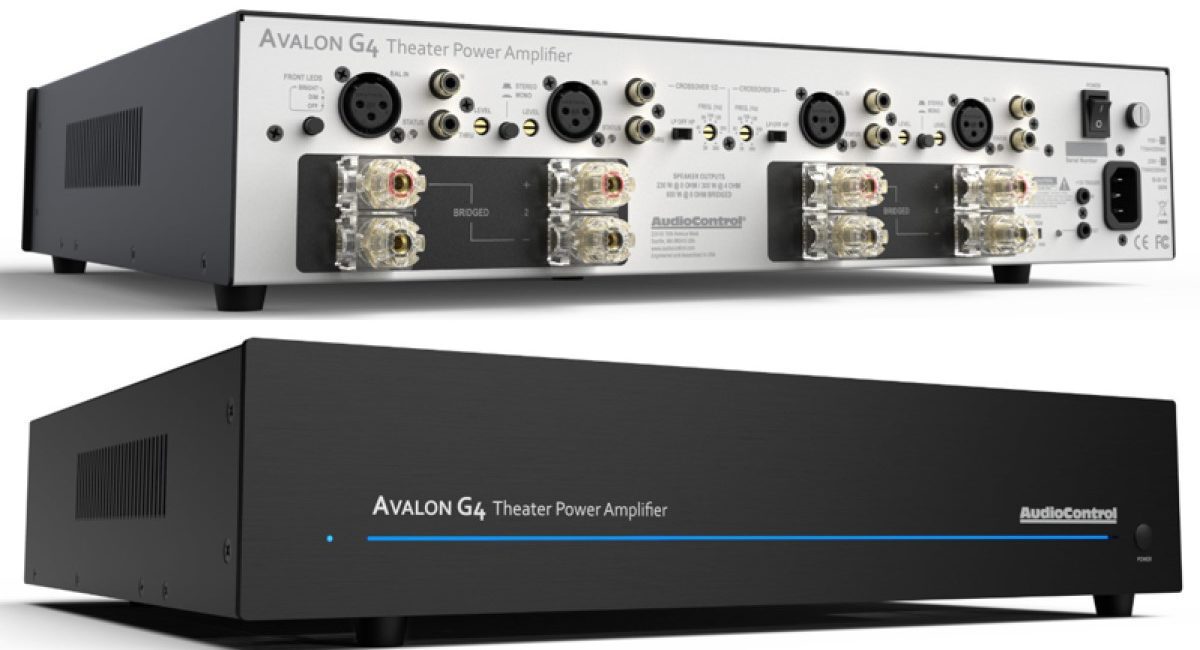 As the heart of a home entertainment system, an amplifier’s ability to conform and adapt to a changing entertainment environment is useful features. AudioControl is providing integrators with myriad options with the release of its Avalon G4 high-performance amplifier.

The 2U rack amp can operate as a 4-channel, 3-channel or 2-channel amplifier configurable instantly via rear panel controls. It can support immersive surround-sound applications or provide a 2-channel listening experience.

The Avalon G4 boasts a Class H design that achieves 230 watts/8-ohms or 300 watts/4-ohms into four channels all channels driven. The Class H design topology provides superb audio quality, according to the manufacturer, while reducing heat dissipation from a compact form factor.

The Avalon G4 also features AudioControl’s LightDrive anti-clipping protection circuit, which protects loudspeakers from clipping and distortion even in extreme conditions such as a highly dynamic action movie soundtrack.

A Good Partner with AudioControl Maestro Processors, Does Dolby Atmos

AudioControl designed the G4 to pair up nicely with the company’s Maestro M9 and M5 cinema processors, making it ideally suited for immersive surround formats such as Dolby Atmos or as a premium standalone power amplifier for a multi-zone entertainment system.

The product can be configured as a powerful 2-channel amplifier (600 watts into 8 ohm loudspeakers) or as a 2.1 solution for residential or commercial A/V systems.

The Avalon G4 has a suggested retail price of $1,960 and is available now.