With the market having evolved to the Blu-ray and UltraHD Blu ray formats, there’s a lot value in buying DVDs. Here are five concert DVDs worth checking out.
Robert Archer

A staple of a Van Halen live show is Eddie Van Halen's guitar solo, which includes pieces of songs such as "Eruption," "Spanish Fly," 316" and "Cathedral." Video courtesy of the Bruce Wayne YouTube channel.

One of the many activities that we can no longer take part in is going to live music shows. It doesn’t matter if it’s some smoked-filled club that holds 50 people or an arena like the Boston Garden, nothing beats the live music experience.

Today however, thanks to streaming media, DVDs, Blu-ray and UltraHD Blu-ray discs, there are a lot of options to see some of the world’s best musical acts from the comfort of your living room or even dedicated home theater.

Back in the late 1990s probably through the mid 2010s bands regularly released live records and/or companion concert videos. Now, it’s more likely with so many people streaming that bands are now releasing live concerts via their preferred streaming platform, which may include Nugs, TIDAL or possibly their own websites. This shift in live music consumption means most modern live recordings are audio-only.

Looking back at some of the best concert video releases from the past 20 years, it’s my opinion that what makes a concert video great is the combination of good audio and video quality; a really tight, energized band, and a crazy crowd.

Must-Have Concert Videos to Crank Up in Quarantine

Coming up with the best of what must be thousands of live concert release titles is just about impossible, but using the criteria I just outlined, I wanted to provide a list of live concert DVDs to check.

These releases have probably been forgotten about over time—but what makes these titles great is not only are they great performances from great bands—they also happen to offer a lot of value because DVDs are so cheap these days.

Before getting into my list of five DVDs, I also wanted to suggest several other live concert titles worth checking out:

Here’s why I recommend these five recordings: Who has a better catalog than AC/DC, and who brings more energy to a show than the iconic AC/DC guitar player Angus Young?

This is more of a mid-size venue show from Frampton filmed in the mid 1990s, and of course the vastly underrated Frampton and his band are great. Recently Frampton announced that his current tour he was on would be his last. Hopefully once we get back to normal life, we can see Frampton one last time before he hangs up his Gibson Les Paul.

Dave Matthews was and still is a major concert draw, and this show from New Jersey captures DMB (Dave Matthews Band) at the height of their popularity with the line-up that made those great “Under the Table and Dreaming,” and “Crash” records. 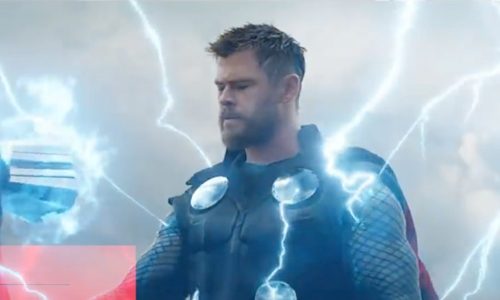 “Go Home: Live from Slane Castle” features U2 in front of their home country fans playing a show with Slane Castle as the backdrop. There’s a high energy level from the band and crowd, and U2 tears through its setlist during this gig.

“Live at Ronnie Scotts” is one of the most widely used video demo discs in the electronics industry for good reason: It sounds great, it looks fantastic, and it includes Jeff Beck. Playing in front of a celebrity-laden audience Beck and his band, which is a who’s who of A-list musicians rip through classics such as “Cause we Ended as Lovers” and “People get Ready.”

Getting back to my criteria of great concert videos, they should include high quality audio and video; tight bands that are energized and lively crowds.