All In Tributaries Cable 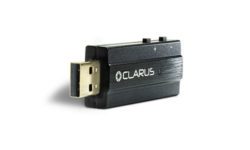 Adding to its selection of cabling and power products, Clarus Cable has announced its CODA USB DAC with Headphone Amplifier. Clarus Cable, founded by Tributaries‘ Joe Perfito, is a brand that designs high-performance AV products, and its new USB DAC and amp is designed for use with smart devices. Developed with a wide range of […] 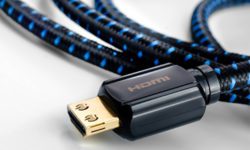 Joe Perfito of Tributaries states the marketing of HDMI v2.1 cables is muddled in half truths and deception.

Binary (SnapAV) comes in first in the HDMI Cable category, followed by AudioQuest, Tributaries, Liberty then Metra, which doubled its figures this year.

SnapAV has two mentions within the top five, for Binary and Wirepath speaker cables and interconnects.

For some troubling reason, integrators are not demonstrating High Dynamic Range and Deep Color using UHD Blu-ray Players in their showrooms. Instead, CE pros are still selling ‘obsolete’ TVs.

How One SoCal Rep Turned Around a Sagging Territory

AV Partners in Southern California proves that independent manufacturer’s reps are not outdated and still valuable to integrators’ businesses.