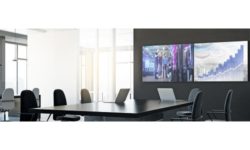 Thanks to the Gary Sinise Foundation — along with Core Brands and Lutron — U.S. Army Sergeant Franz Walkup can easily control his smart home’s audio, video, lighting, security, climate and irrigation.

Neat-O: Wireless System Rebuilt for ‘This Old House’ in Wake of Superstorm Sandy

Fred Harding tries out the new GAVA multizone audio/video and home automation system from Gefen; hints at the product’s commercial applications. See it at CES 2013.