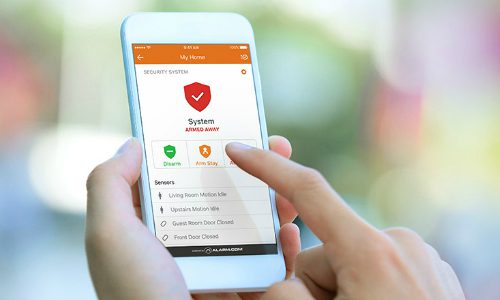 The quarterly results — adjusted for non-recurring items — bested the Zacks Consensus Estimate of 32 cents per share. The company has topped consensus revenue estimates four times over the last four quarters.

SaaS and license revenue in the third quarter increased 14.3% year-over-year to $84.9 million. This included Connect software license revenue of almost $11 million for the third quarter, compared to $10.5 million in the same period the prior year. The company reported third-quarter non-GAAP adjusted EBITDA of $26.3 million, a year-over-year improvement from $25.8 million.

During an earnings call with investors, Alarm.com CFO Steve Valenzuela said quarterly SaaS and license revenue renewal rate was 94%, which is at the high end of the company’s historical range of 92% to 94%. Hardware and other revenue in the third quarter totaled $43 million, up 14.4% over the same period the prior year. The increase in hardware revenue was primarily due to an increase in sales for security cameras, he said.

Alarm.com President and CEO Steve Trundle spoke at length during the call about the company’s acquisition of OpenEye, a leading provider of Cloud-managed video surveillance solutions for the commercial market headquartered near Spokane, Wash. When first announced Oct. 21, terms of the transaction were not disclosed.

Trundle said Alarm.com acquired 85% of OpenEye for $61.3 million in cash, plus $2.8 million in holdbacks subject to post-closing conditions. An additional potential payment of up to $11 million in 2021 will be contingent upon OpenEye’s 2020 financial performance.

The acquired company has licensed more than 200,000 cameras at more than 14,000 sites through a go-to-market channel of servicing partners that complements Alarm.com’s own service provider network, Trundle explained. The company’s customer base includes universities, banks, national retail chains and property management companies. 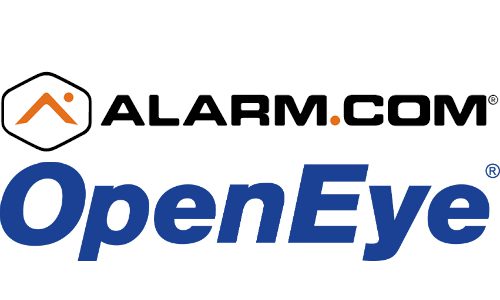 “These applications require unique software capabilities like advanced forensic video search point of sales system integration and customer site mapping. The OpenEye user is often located in a guard station or other setting where video from a large number of cameras is viewed on a secure workstation rather than on a mobile app,” Trundle said. “OpenEye is focused on addressing these unique needs and they have developed a refined and proven set of capabilities for this market segment.”

Trundle explained the market that OpenEye serves is in the very early stages of a significant transformation. Enterprise class video deployments, he said, are shifting from an on-premise solution to increasingly include Cloud-enabled video surveillance-as-a-service (VSaaS) architectures.

“We believe we can help OpenEye lead that transformation and build a strong, durable recurring revenue business model. We like markets where emerging technology is generating growth opportunities by creating new value propositions for users and recurring revenue for our service provider partners,” he said.

Alarm.com also sees opportunity to further leverage some of its owns technologies in the OpenEye channel. The company has invested heavily in advanced video analytics in the past couple of years and work done in that domain will allow Alarm.com “to enhance the OpenEye software stack and drive even more value from each deployment,” Trundle explained.

Alarm.com anticipates total revenue of $540 million to $550 million in 2020, which is approximately $40 million higher than the current consensus. This potential increase is mainly attributable to expected higher revenue from the OpenEye acquisition to be included in hardware and other revenue on Alarm.com’s P&L.