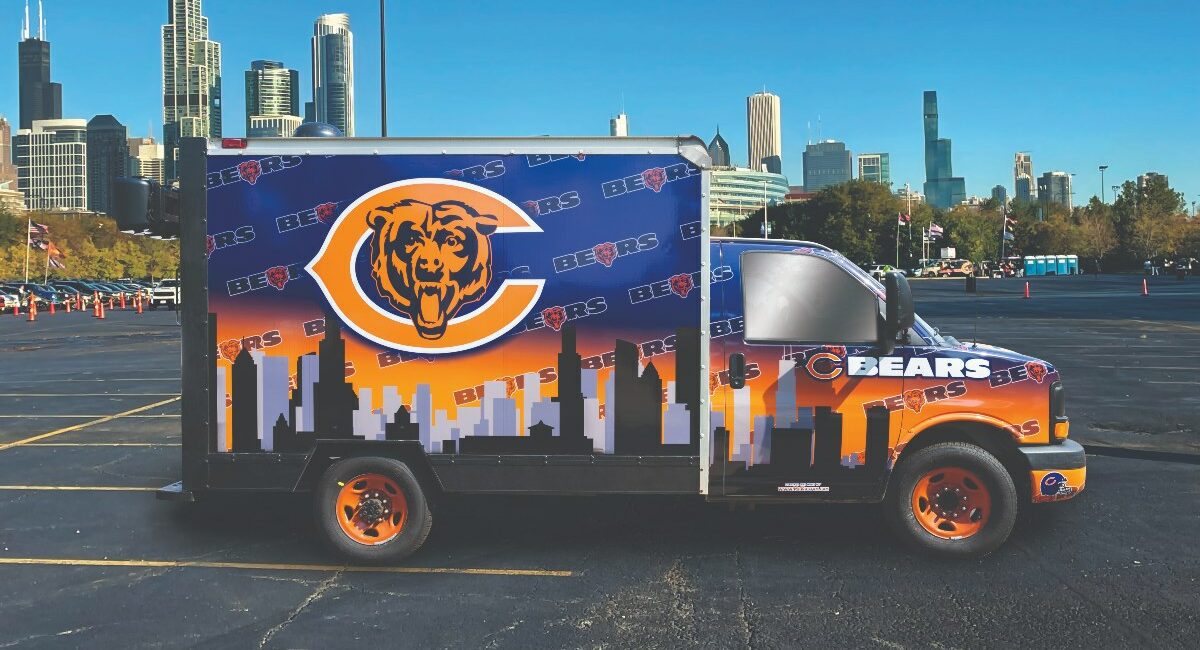 As the leaves change and the weather begins to turn crisp, the shift in the air signals, for many, the most important season of the year. It’s a time of excitement and hope for the future, but also intense preparation. No, not back-to-school season or pumpkin spice season; the holidays are close, but still not hitting the mark. The correct answer is football season. As any die-hard fan can tell you, the early weeks of September mean gathering for fantasy drafts, running stats, and for one very loyal Bears family, upgrading their tailgating set up.

The Bubeck Family has worked with Brian Ganz and his team at Soundz Plus for many years to outfit their converted U-Haul cube truck to be the ultimate—or rather, “DA ULTIMATE”—tailgating vehicle for DA BEARS. The project started five years ago when father and son, Frank and John Bubeck, decided after years of holding season tickets to Chicago Bears games they wanted a tailgating vehicle to rival some of the others they’ve seen in the parking lot outside of Soldier Field.

As diehard Bears fans, they get up before the sun for every home game, arriving in the parking lot the moment it opens. Their beloved truck is a rallying point for fans, with screens, speakers, and true Bears spirit on the exterior for barbecues on bracing Fall mornings, and a full AV system inside the cube for more inclement days. Each year, the vehicle has seen steady upgrades from its custom exterior Chicago Bears wrap to the perfectly color-matched built-in benches.

The automotive entertainment specialists Soundz Plus are no strangers to extreme vehicular projects, from outfitting supercars with state-of-the-art media players to slicing a Cadillac in half and replacing the engine to create a custom DJ booth. DA BEARS truck has been a longtime favorite of owner Brian Ganz, despite his loyalty to the Detroit Lions. This year it was time for the vehicle to sound as good as it looks, inside and out. Ganz worked with the team at Vanco International to select products to completely refresh the truck’s sound system in time for kickoff on opening weekend.

The challenge for any vehicle project and this vehicle in particular is two-fold. First, everything must be easily and securely storable within the truck, so when the family is inside the stadium, there are no concerns about equipment going missing, from the hand-painted bags board to the custom designed speakers. The second consideration that comes into play is power: the entire system, from the satellite to the outdoor TV, has to be powered by a portable generator.

“This year we quadrupled the power of the generator which enabled us to put in the higher quality Beale speakers, a subwoofer and two new Beale amplifiers. These upgrades have absolutely transformed the sound system for our clients,” says Ganz. “This was my first time working with Beale Street Audio and seeing how their sound quality and performance. I was pleasantly surprised by the amount of oomph they pack into their form factor; I will be specifying Beale on future projects, for sure.”

In total, DA BEARS Tailgating sound experience now includes six of Beale Street’s 2-way 4” In-wall Speakers, an 8” Beale Street Subwoofer, and two 1000W 4 Channel Amplifiers. The truck contains two audio zones – inside and outside to offer additional sound control and comfort for those fans that may be sitting inside the truck. Beale Street’s patented Sonic Vortex technology, which focuses soundwave dispersion and eliminates bleed-through and helps maintain the separation. 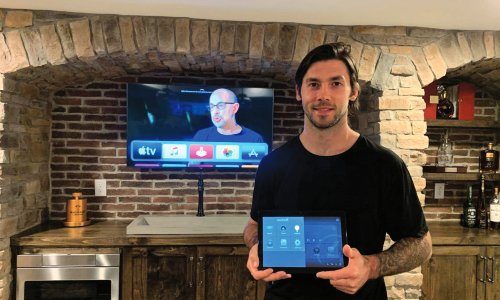 “These Beale speakers are powerful,” says Ganz. ”As much as we want the sound system to have a major impact in the parking lot, we want those inside the truck to have a great experience too. This new zoned system gives us immersive sound without overwhelming the tight interior space.”

“As a fabricator and enthusiast myself, I wanted the vehicle to look good and to sound good. This year’s upgrades necessitated new custom-fabricated enclosures and housings for all the speakers—of course in the Bears classic orange—which took a little time to source and build. Our client is thrilled with the end result and has already taken the truck on its maiden voyage for the season,” says Ganz.