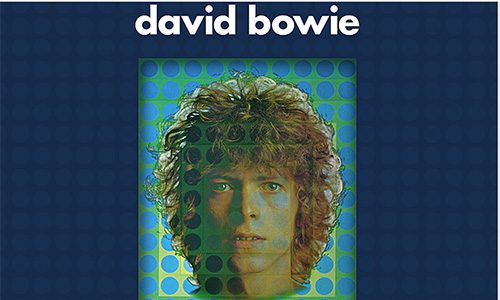 David Bowie's "SPACE ODDITY" is no available in an immersive audio release as part of the record's 50th anniversary release.

To celebrate this milestone, long-time Bowie producer/collaborator Tony Visconti has remixed the track in 360 Reality Audio music format, a new 3D audio format from Sony . According to Bowie’s estate, with 360 Reality Audio, the listener experiences the vocals and instruments placed within a spherical space, creating an immersive sound that closely mimics the omni-directional soundscape of a live musical performance.

A press release from Bowie’s estate says Tony Visconti describes this new version of the track as “When I first heard Sony 360 I was quite amazed, in the headphones it was remarkable how you could hear things behind you and above you. I think it will be a treat to hear things you thought you knew very well, it will bring out hidden detail. You might have heard Space Oddity 200 times, when you hear this I guarantee you will listen another 200 times. It’s a new way of hearing the song.”

The new immersive  mix will be available via Amazon HD using Amazon Echo Studio, and via Deezer and TIDAL using headphones, more news to follow.

The estate adds this portion of Bowie’s career has been curated into five-CD boxset ‘CONVERSATION PIECE,’ which has just been released. The box set features a dozen unheard songs, as well as alternate takes, radio sessions, new mixes and demos.