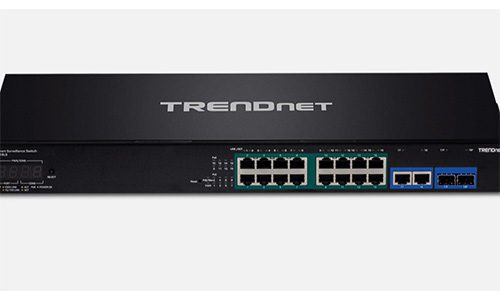 Integrators will be able to see the new line of switches at the ISE West 2020 show, and TRENDnet stresses its latest products are among the first network switches to be designated as ONVIF Conformant to support the ONVIF Profile Q.

According to TRENDnet, the Smart Surveillance Switches’ user interfaces offer camera management functions that include firmware upgrades, and the ability to change IP addresses. The switches also provide PoE self-healing support as part of the device recovery and switch power scheduling options.

The products also also auto reboot or power cycle ports that have been affected by network connectivity to a device, and the company emphasizes the PoE self healing capabilities the Gigabit PoE+ Smart Surveillance Switches Series help to reduce down time.