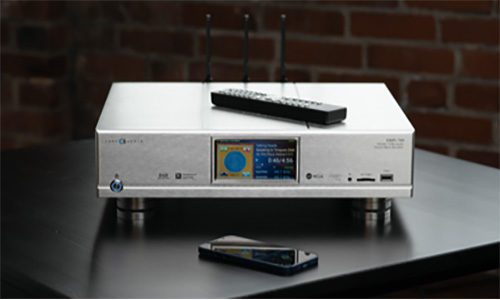 Following the success of its DMS-600 source component, Cary Audio has announced the introduction of its DMS-700 Network Audio Player.

The DMS-700 also incorporates a FPGA chip that works in conjunction with the AKM DAC chip to eliminate crossover distortion.

Cary Audio also emphasizes that approximately one third of the network audio player’s internal structure is analog, while another third is dedicated to digital audio. The player’s final third of internal components is dedicated to its power supply, which is separate from the other components and shielded.

Other design improvements to the DMS-700 include a new LCD interface screen that delivers twice the resolution (1600x1200dpi) as the previous model.